The Oklahoma City Thunder are an American professional basketball team. The franchise was established in the 1967 as the Seattle SuperSonics and the side was named as the Oklahoma City Thunder in the 2008. It competes in the NBA as a member of the Northwest division of the Western conference. The franchise is based in Oklahoma City, Oklahoma. Chesapeake Energy Arena is used as it’s home ground. Sam Presti is in charge as the general manager of the team meanwhile Billy Donovan is serving as the head coach of the side. The franchise has won 1 championship title so far in it’s history and it was back in the 1979. It has also managed to seal 4 conference titles along with 11 division titles. 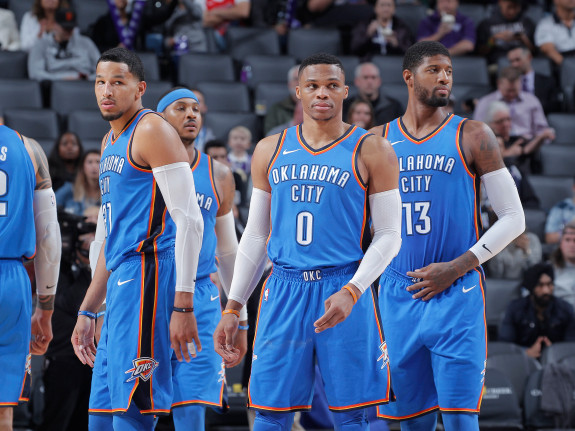 Players : The Thunder squad is a combination of the experienced campaigners along with the young bloods.

Season Games : The new season will start on October 16, 2018 for the Thunder when they will visit the Warriors. Their first home game will take place 5 days later when they will host the Kings.