The WBA world featherweight title fight between Carl Frampton vs Leo Santa Cruz set for 30th July, 2016. The match will be executed at Barclays Center in Brooklyn, New York, USA. It is first time the Irish Jackle going to meet the Mexican Earthquake. The both contestants are very tough boxer and it will be great to watch them together in New York. It is Showtime, which will cover the live fight throughout the world. The combat will also available in online. The fight preview has given below with the match prediction. 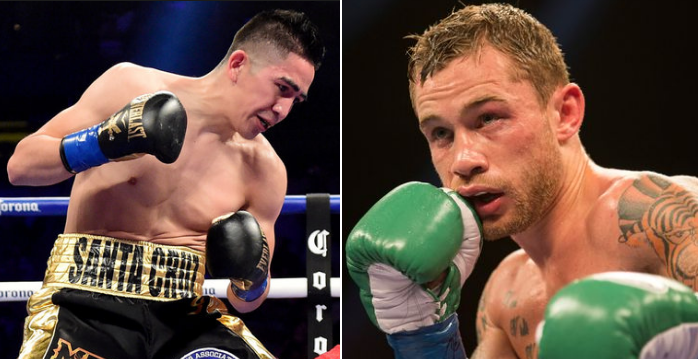 Match Prediction: The unbeaten Carl Frampton has the full chance to grab the belt.

The mexican Leo Santa Cruz who is well known as the Earthquake for his heavy punching and tough fighting conduct. Out of 33 big fight Leo won 32 where including 18 KO. On the other hand the undefeated Irish fighter Carl Frampton seemed very confident for upcoming combat. In a press conference he mentioned that he became 100% sure the title will be grabbed by him. He is such a clever and unique fighter. The last match was played on 27 February on the year at Manchester Arena, Manchester where the featherweight title holder defeated Scott Quigg by SD. His slyness is very impressive at all and for this conduct he is favorite to all. So let’s see what happen and who becomes the winner of the competition. Watch here the live match.