Manny Pacquiao is a Filipino professional boxer and regarded as one of the greatest boxer of all time. He started his fighting career in early of 2000 but started to earn huge amount from 2006. He is also called “Fighter of the Decade”. In his professional career, he has fought total 66 times so far where he won 58 times. He is currently 63th in ranking according to Forbes world’s highest paid athletes with his current $250 million net worth. Though, he fought with many world class boxers but finally he received an opportunity to fight against Floyd Mayweather which was held in 2nd May, 2015 and still now, it was considered the biggest fight in the sports history. Manny earned from there almost $150 million. 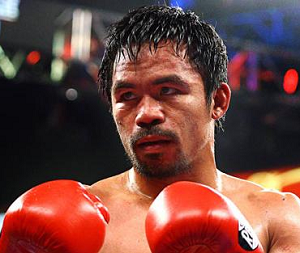 # Endorsement Deals: Alike of many renowned athletes which is somewhat unlike with Floyd Mayweather, Manny has made a number of endorsement deals with various companies and started to represent them since the beginning of his career. He made an amazing agreement with Nike and earned from them around $1 million in every calendar year but the deal was stopped due to his status against gay marriages. However, by then he get contracted with many companies like Rexona, Sony, Hennessy, Monster Energy and so on. Besides, he is also regarded as the national hero of Philippines. He also has secured many local deals with Pizzas, Beer, Motorcycles and many different kind of products. Considered as many of this calculation, his income from endorsement deals would not be lesser than $12 million.

# House of Manny Pacquiao: Philippines boxer Manny Pacquiao bought a large mansion in Beverly Hills last year and for that he had to pay almost $12.5 million cost. The house is around 10,000 square feet. The grand mansion consists of eight bathrooms along with seven bedrooms. The house is full of amazing interior design. According to his net worth, he actually deserves that kind of mega mansion. 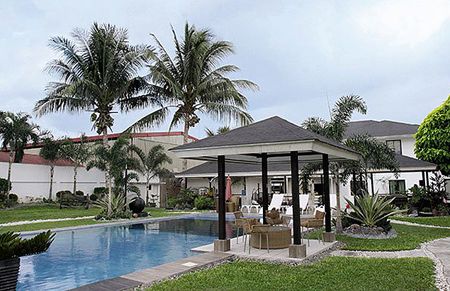 # Choppers & Cars of Manny Pacquiao: Considering Manny Pacquiao’s net worth, he able to use some luxurious cars and he used to it. He naturally uses Mercedes Benz SL 550 which has completely unique speaker system along with latest version of voice recognition technology. Besides, he sometimes uses a Ferrari 458 Spider which is one of the latest edition of his cars collection. The car can able to run almost 202 miles per hour. Besides, he also possess a couple of choppers to move into Philippines. Among them Bell 206 is two bladed and also twin engine helicopter. It gives him a luxurious tour in time and also make his travel much easier. 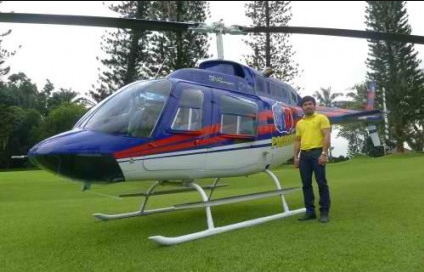 Manny Pacquiao has made an agreement with television in Philippines which is there one of the leading broadcasting network named Solar TV. From the agreement, he used to receive almost $1.5 million for every fight which broadcasts in their country.