One of the youngest and talent blower of Pakistan Mohammad Amir will gets chance to return in national teams says Pakistan cricket board chairman. Amir was suspended from international cricket for five years for his match fixing in 2010. Now his punishment is finish and he can play international cricket. Recently he played in domestic cricket and also plying in Bangladesh Premier League. Now we see Amir as a experienced and Matured then past. Recently his eye catching performance make decide to Amir’s back in Pakistan national team. 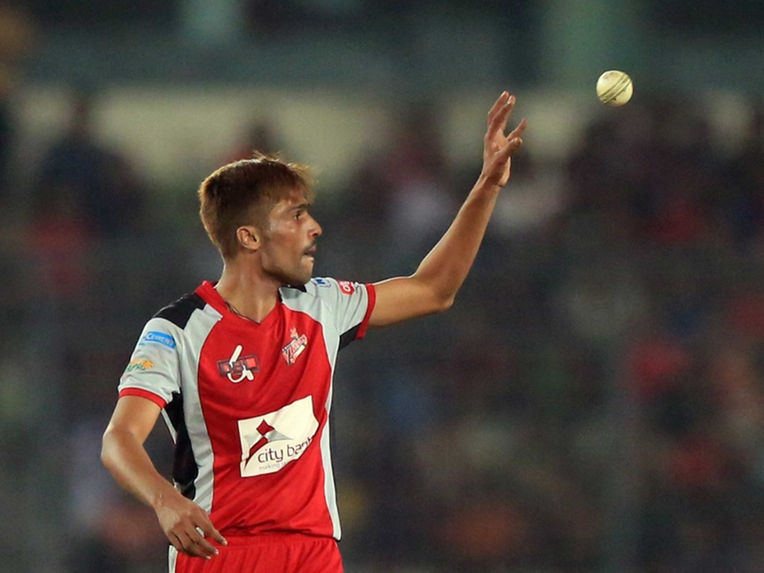 Recently the chairman of PCB and the coach of Pakistan set a meeting, they also discus about the all things about Pakistan national teams and also discus about the Amir’s back. After the meeting the PCB chairman said they are considering for Mohammad Amir, he also said, he talk with the senior players of Pakistan and also meet with Amir and said him your modesty and humility will make sure you will play in national team. Last four-five months his performance is knocking door to consider him.

After the meeting Pakistan coach Waqar said they had a details discussion on Amir and their opinion is same. He said he was punished for his work and also he is comeback, if he can served Pakistan honestly he deserve to get in. He also said his performance in BPL is good but he has to prove in ICC and PCB that he is in right track.

Mohammad Amir has active in cricket January and he played some domestic cricket and also he is now playing in BPL. He took eleven wickets in eight matches for Chittagong Vikings at 14.45. His performance is improve day by day.

Mohammad Hafeez and many other senior players are not want to play the fixing player. Recently Hafeez said directly, they have not rights to play in Pakistan national team. But if the board is consider to him then there is nothing to do.