Australia announced the 16 man squad for India tour. Mitchell made the team for the first time in Australia say Upasana. For the India Test Glenn Maxwell, Shaun Marsh, Mitchell Marsh and Ashton Agar has joined the squad.

Specialist spinner Nathan Lyon and Steven o’keefe has been included 16-member team. Along with Say Espana, the 23 years old and Maxwell  total five spinner  will have the option to captain Steven Smith’s hand.

There also available the team specialist wicketkeeper Matthew Wade. Another wicketkeeper Peter Nevill has been dropped out after defeating against South Africa in last November. That’s why they kicked him out from the competition.

Australia will tour India with three specialist bowlers. Josh Mitchell Starc and Jackson Bird with heijelaudera. David Warner became the vice-captain of the team. Here we conferring the 16 name of the players. 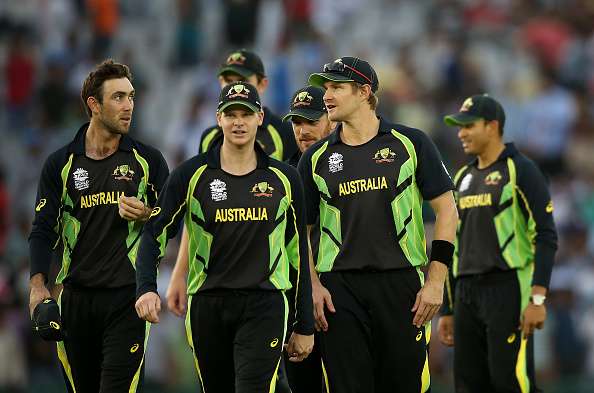 The schedule for the clash confirmed from 23rd February to 29th March. The tournament named as Border-Gavaskar Trophy which will start in Pune. It is a four Test match series and Australia have to spend one month long in India.

The first match will start on 23rd February and will end 29th March. Bengaluru will host the second test which will be held on March 4 and finish March 8. After the two test the both team will get one week break. In the gap session they will travel Ranchi which have to host the third Test in their field.

Dharamsala stadium will host the fourth and final match of the series which start on 24th March. BCCI had announced the venues in earlier but they had not published the date but Friday they disclosed the dates.

The last time Australia toured India in 2013 for a Test series where the hosts cleanly washed them in 4-0 and grabbed the Border-Gavaskar trophy. India have to spend a very schedule this season.

Kohli’s team just finished the New Zealand clash. Before Australia they have to fight against Bangladesh in February. It will be just one Test which will be held in Bangladesh.

Till December India will spend a very busy schedule along with IPL and ICC Champions Trophy. But this time it will be rocked the season and the fans of them waiting eagerly for the tournament.