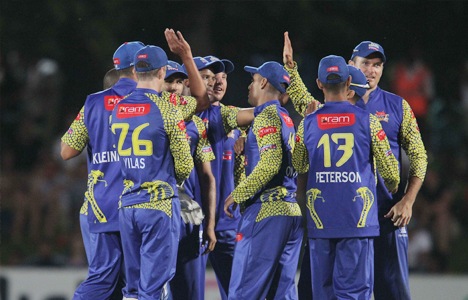 Match Prediction:  Both teams are strong but Cape Cobras has chance to wining both match.

Match Preview: Cape Cobras and Lions both will play two match in Ram Slam tournament and both teams has many star player. Recently Lions has Signed with Chris Gayle who is the most danger batsman in world. Quinton de Kock is also plays in Lions and this time Lions makes a good and strong team for Ram Slam. Other team Cape Cobras is one of the most favorite team in Ram Slam it has also star player. The Caribbean star K. Pollard will leads Lions this time. Guys stay with us for more Ram Slam News.