Celebrity Cricket League which is simply known as CCL is a non professional cricket competition based in India where the actors from film industries of Indian cinema used to participate. The tournament was founded in 2011. Since 2011, the CCL competition used to be staged in every year. SO, six seasons of CCL has almost completed successfully and now the time has come for upcoming seventh edition. However, the tournament generally stage in January of every calendar year but in 2017 the schedule of the tournament is yet to be released. 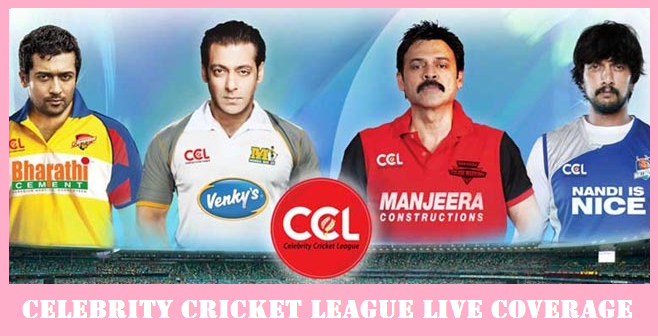 The complete schedule of upcoming seventh edition of CCL 2017 is yet to be revealed. As soon as the schedule of the event will release, you can find the update here.

Though, the schedule of this celebrity cricket competition is yet to be revealed but it should be known that the complete event consists of just fifteen matches along with playoff rounds according to the last season. Besides, the competition format is round robin. Telugu Warriors is the current champion of Celebrity Cricket League.

Total twelve venues are already selected for the tournament though, in each season of CCL, all venues did not need to use but the organizer have taken all capabilities to arrange within short times. Here we provide the complete venues list below.