Celebrity Cricket League (CCL) is the newest edition in Indian Cricket which is non professional cricket league for men in India. It was founded in 2010 and 1st edition was placed in 2011. Total eight teams used to participate here which are consists of film actors from different eight major regional film industries of Indian Cinema.

Receiving inspiration from Indian Premier League (IPL), this Celebrity Cricket League was founded by Vishnu Vardhan Induri from Hyderabad who is a Serial Entrepreneur. He is also the Managing Director of CCL. 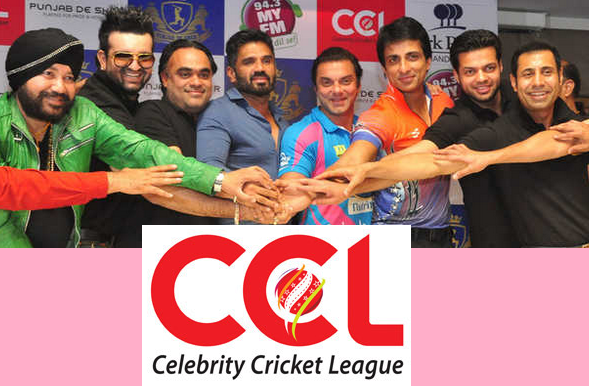 According to the previous statistics, we all know that CCL runs from January to February in every calendar year since the beginning. Though the starting date and full schedule of Celebrity Cricket League 2017 has not revealed yet, we can consider that it will be placed in same time in next year 2017.

[Once the schedule of CCL 2020 will announce, we will update you]

The inaugural season of CCL was 2011 where four teams competed and the season season in 2012, two new teams were added and finally from 2013 another two teams had joined this annual celebrity cricket events. Since then, total eight team used to compete here.

Let’s see the teams list below which are going to compete in next tournament of CCL 2020.

Among eight franchise teams, Karnataka Bulldozers is the most successful team by winning two titles in 2013 and 2014. They are also two times runner up in 2011 and 2012. The current champion is Telugu Warriors which is also two times running champion. Let’s take a look below where the previous winners and runner up list is given.

Total twelve venues are selected for this tournament since the very beginning. Though all of them were not used before. Only fifteen matches were placed in each season. The selected venues are listed below.

Telugu Warriors is one of the most supported team in CCL which is also called TW and it represents the city of Telangana & Andhra Pradesh. TW is one of the four founding member of Celebrity Cricket League. This franchise team is currently owned by Sachin Joshi.