It will be the 2nd times of Comilla Victorians to compete this tournament and also regarded as the hot favourite. This time total seven participants will compete here including two new contenders Rajshahi Kings and Khula Titans. And the most amazing matter is that Comilla Victorians will play the inaugural match of the tournament against one of the two new participants named Rajshahi Kings in next 4th November, 2016. 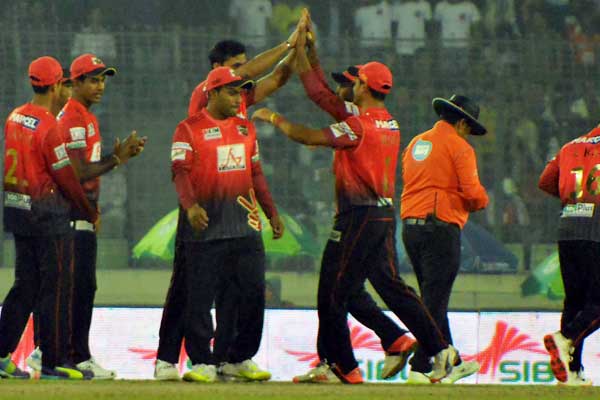 Comilla Victorians is one of the top franchise team in Bangladesh Premier League and obviously they are also regarded as one of the most successful club. The club was founded in October, 2015 and last season of BPL was there first competition here and they succeeded to write down their name into history by winning their inaugural competition. However, Comilla Victorians is going to compete in upcoming BPL 2016 edition which will be the 4th edition of the tournament where the tournament was first held in February, 2012. But unfortunately in 2014, the competition was not placed due to some problem.

Comilla Victorians which is currently led by the Tigers captain Mashrafe Mortaza. Including him, the team has totally bought twenty three players. Among them eleven are from overseas. Here we provide their complete team squad below.

Excluding their first match against Rajshahi Kings, they will have to play eleven matches more to qualify for the knockout phase. We provide below their upcoming all matches in this tournament.