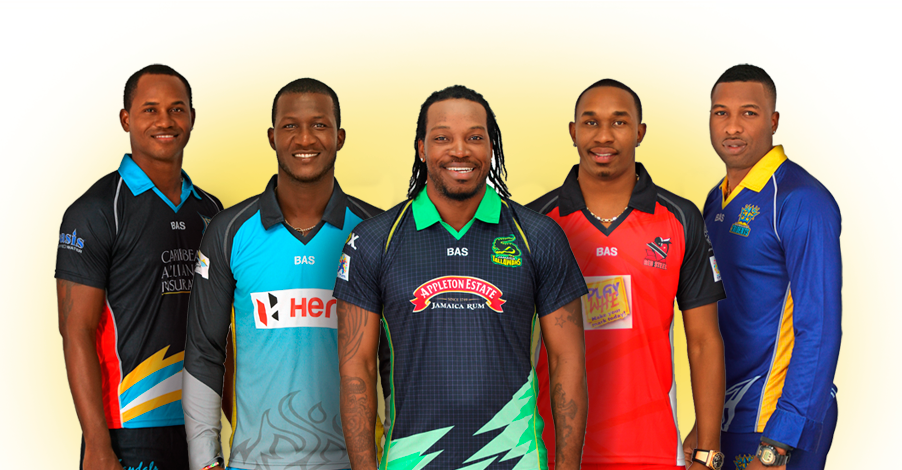 #Barbados Tridents: The Barbados Tridents are the representative team of Barbados in the Caribbean Premier League. It is one of the six participant teams in this event which won the title of CPL 20 once in 2014. It is currently captained by Kieron Pollard who is the famous all-rounder. Also they have picked some talented overseas players. Shoaib Malik is one of the best performer among them.

#Jamaica Tallawahs: The Jamaica Tallawahs are the representative team of Jamaica in the Caribbean Premier League.It is the most successful team in CPL. Also they were the champion in the season 2013. Now the team is captained by destroying batsman named Chris Gayle. They also picked world number #1 all-rounder Shakib Al Hasan which could give them extra confident.

#St Lucia Stars: St Lucia Stars team represents The Saint Lucia in the Caribbean Premier League. They are just another pretender to the trophy which is led by Darren Sammy and coached by Stuart Williams. They have picked overseas players named David Millar, Michael Hussey, Shane Watson, Morne Morkel and so on and they could possibly make a balance team.

#Trinbago Knight Riders: Trinbago Knight Riders is a franchise cricket team based on Port of Spain, TKR of the Caribbean Premier League which is captained by Dwayne Bravo. Shah Rukh Khan, (Red Chillies Entertainment) and Juhi Chawla, Jay Mehta (Mehta Group) are the franchise owner of this team. They have spent a lot to pick some good T20 exparts. So they have got the most fearsome batsmans named Brendon Mccullum, Hasim Amla, Umar Akmal and so on.They are the defending champion of this most popular event.

Useful link for you: