A biggest season of Caribbean Premier League which will be the fourth edition is scheduled to play from next 21st June, 2016 to 26th July, 2016 where total six teams will take part. Caribbean Premier League which is also called CPL is one of the largest and exotic T20 event which is also considered the fourth most popular T20 tournament throughout the world. A total thirty three (33) matches will be held in this exciting tournament this year in six various venues.

Barbados Tridents is one of the most strongest contender and one time CPL trophy holder is going to play their first match against Guyana Amazon Warriors in the first match of this CPL event this year in next 21st June, 2016 at the stadium of Kensington Oval, Barbados. Let’s see their match details below. 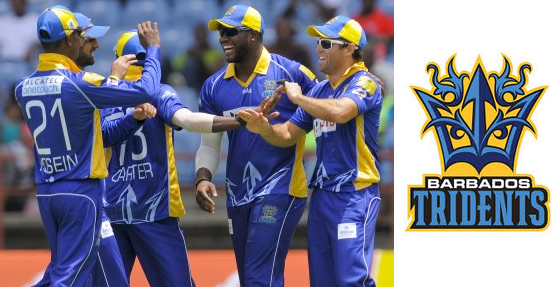 Barbados Tridents is most successful team in CPL where they are two times finalist and one time winner. In this season, they have already picked five overseas players along with eleven local players under the captaincy of Kieron Pollard and famous Indian former cricketer Robin Singh is given the duty of their coach. Let’s take a look below where their local and foreign players list are given.