Since the inaugural season, total six teams participate here where three of them having won the title one time each. The 1st title went to Barbados Tridents, 2nd title was won by Jamaica Tallawahs and last season was won by Trinbago Knight Riders. 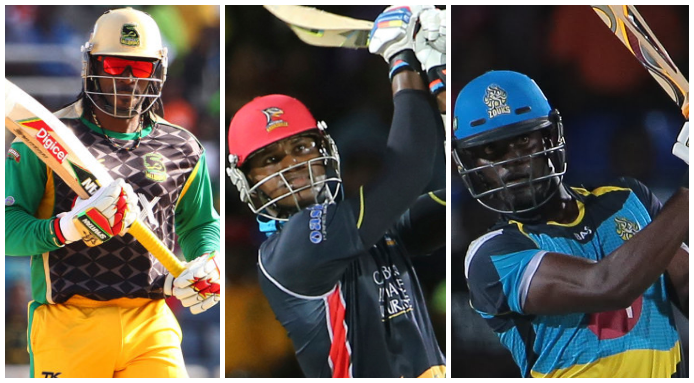 There are some other local batsman like Chris Gayle, Dwayne Bravo, Lendl Simmons and Marlon Samuels who are the best performers in previous season of Caribbean Premier League. They are desperate to do better in this season also.

Here we provide the top run scorers list in Caribbean Premier League 2018 below.

Trinbago Knight Riders is the newest team in CPL T20 which was previously known as Trinidad and Tobago Red Steel. This team is more popular than other cause this team is owned by Bollywood king Shah Rukh Khan (Red Chillies Entertainment), Jay Mehta and Juhi Chawla from Mehta Group.

After passing three season successfully, the time has come for next edition of CPL T20 2016 which is scheduled to start in next 21st June, 2016 and final match will be placed at Queen’s Park Oval in 26th July, 2016. Total thirty three (33) matches will be placed in six different venues in West Indies.

For the season of 2016, around 323 players from different fourteen nations have enrolled in CPL T20 2016 draft which has placed in Barbados in last 11th February, 2016. This is the biggest draft in history as stated by the Director of International Cricket Tom Moody. Among them thirty three (33) most talented cricketers are selected for main event of CPL 2016.

It will be very tough job to describe about the most successful run scorers this season cause all best performers are invited to participate here. But if we look to their current statistics, it might possible to say about most potential batsman in this coming biggest T20 edition. There are many T20 experts will play here who could have opportunity to write his name in history like AB de Villiers, Shoaib Malik, Brendon McCullum, Hashim Amla, Umar Akmal, Kumar Sangakkara, Shakib Al Hasan, Martin Guptill, Shane Watson and some other fearsome batsman. They have capability to dominate opponent bowlers in this short form of cricket.