Ebadat Hossain is a Bangladeshi cricketer. He is the invention of Pacer Hunt competition which was conducted by Bangladesh Cricket Board in 2016. Ebadat is a seamer who is only 22 years old. He was born on January 7,1994 in Moulvi Bazar, Sylhet.

Debut: Ebadat Hossain made his first class debut for Sylhet division on 25 September, 2016 in the National Cricket League 2016-17.

Career So Far: The Pacer is yet to play in any official List A or T20 match but has already played in 2 First Class matches. He played in 2 four day matches against Rajshahi division & Chittagong division. He has taken 5 wickets so far in the First Class cricket with an average of 28.80. The seamer’s best bowling figure to date is 2/12. The young paceman took 1/42 on his debut innings against Rajshahi. In the 2nd innings he took 2/12 which is his best bowling in an innings so far. The match ended up as a drawn. 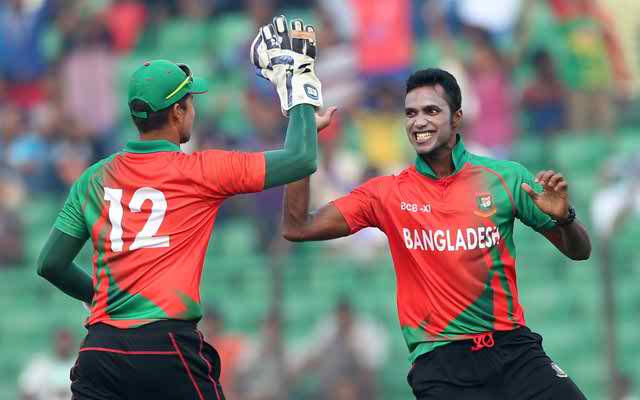 National Call Up : In November 2016, Ebadat was named in a 22-man preparatory squad to train in Australia, ahead of Bangladesh National Cricket Team’s tour to New Zealand. It’s the biggest incident in his career so far.

His coming under the Limelight : The 22 years old seamer was unfamiliar to the most of the people before he was talked up by Aaqib Javed. In 2012 the young quick had joined the Bangladesh Air Force as a Volleyball player before heading to cricket. He registered in a pacer hunt competition in last December. The competition was about to start in January 2016. Ebadat wanted to register through the Dhaka leg of the event but someone told him to take part from elsewhere. So he went to Faridpur, which is 140 kms away from Dhaka to bowl 2 deliveries. There 14,610 more competitors compete with him. Ebadat caught the attention of the coaches in Mirpur and was named into the High Performance Squad after proving his worth in the competition.

The 22 years old quick faced the media & speaks to them, “Sarwar Imran Sir told me to bowl six deliveries. With one of those, I clocked 133 kph. I made it to the final 30 and then the top 10. In the final round in Dhaka, I hit 139.9 kph with one of those deliveries.”

The fast bowler reveals that joining the Air Force was not a dream for him and he doesn’t like volleyball. He also expressed his love for cricket since his childhood. The young prospect also says that his Squadron leader has confirmed him that he will always be a member of the Air Force, doesn’t matter how big cricketer he becomes.