Two cricket superpower teams Pakistan and England are scheduled to play a tournament which consists of five ODI and a T20. The tournament will be staged in England. Due to that, team Pakistan has travelled England where they have started their match against two English famous clubs named Somerset and Sussex. Now it’s very close to the ICC world cup 2019 and this preparation will specially help Pakistan to adopt them in English ground. 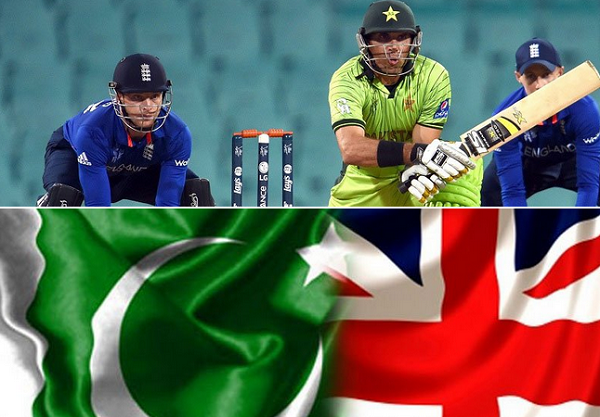 So, in this circumstances, an obvious question raise out that which team is favourite in upcoming series, which team won much matches than other. So, based on this, here we provide below about their previous head to head statistics of all three formats.

Pakistan Vs England Head to head

According to above statistics, in all three formats, team England is ahead of the Shaheens. The English won much it will obviously give them extra confidence and also the series will be placed in their home ground. Last time, the Shaheens visited England in 2010 where they played four test matches. England won three and rest one was won by Pakistan.

But in last year 2015, a test series was placed in United Arab Emirates where the Green Shirts defeated England by 3 – 0. So, it would be hard job to describe which team will win. But the possibility still goes to England.

If we look to their previous statistics, Inzamam is the all time most run scorer in the test match between England and Pakistan. He scored highest 1584 runs by playing 32 innings. but the top scorer in one innings is English player DCS Compton who scored 278 runs so far. Let’s have a look below where the most run scorers list of test match is given.

Former the Green Shirts captain Javed Miandad played 27 ODI against England and scored 991 runs which makes him most run scorer. GA Gooch scored 142 runs against the Shaheens which is the highest individual till now. Here we present most run scorers list for both ODI and T20 below.

The Green Shirts bowler Abdul Qadir is the highest wicket taker who took 82 wickets in test matches against England where Shoaib Akhtar took 34 wickets in ODI and English bowler GP Swann took 17 wickets in T20 between their match. Let’s take a look below where the complete statistics of Test, ODI and T20 wickets takers are given.