The most popular cricket tournament ICC World T20 season 6 going to be hosted in India from 8th March to 3rd April. South Africa is one of the most powerful competitor of the tournament of World T20 2016. The current form of team South Africa is not hidden to all. Every contestant should be aware of them. Recently they had beaten India in their (India) home ground. Team South Africa could not win the trophy of World T20 for a single time, even they could not reach in final last 5 season from 2007 to 2014. This time they are more confident than they had in before. This time they consisting a very powerful squad by including Ab de Villiers, Hashim Amla, JP Duminy, Morne Morkel and more other players. 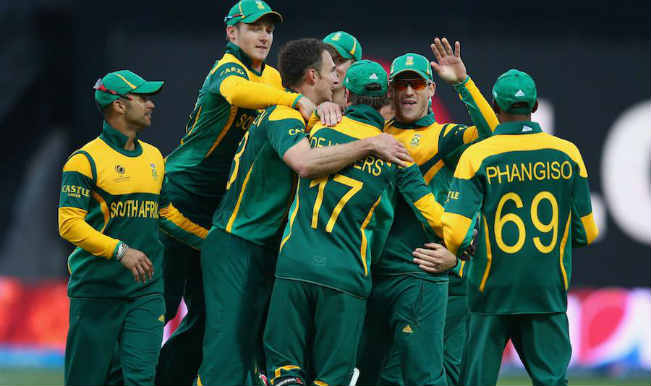 Ab de Villiers who had played 63 International T20 matches, has been selected as the skipper of the team. In those games he made 1167 run scores with the strike rate of 125.88. Apart of that the 31 years experience batsman played 106 test matches and 195 One Day Internationals, where he made 8074 and 8403 scores respectively. With his experience and well performances he handled every match very beautifully.

When we talking about the experience player, how can we forget the name of Hashim Amla. The top order batsman played 30 International and 81 domestic T20 in his total cricket career and gathered total 2838 run score.

In the bowling side there has been taken Imran Tahir the Leg-break googly bowler, Fast bowler Morne Morkel and  Dale Steyn. The full squad is really a threat to the other contestants. Here we presenting the possible squad of team South Africa.

Short profile of the players:

Bowler: Imran Tahir, Morne Morkel, Dale Steyn.
This is the squad of team South Africa and most of the players of them plays in Indian Premier League (IPL) T20. All players are well experience in T20 form and they know the strategy of limited overs game. They know how to fit on T20 format and win the match. This season the competition going to be very hard and tough because this season all participants consisting strongest squad. So don’t miss a single event of the tournament. Keep watching for more update.