Sri Lanka becomes the defending champion team of ICC World T20. It is one of the most strongest cricket team in Asia and also in World wide. Sri Lanka played 3 times in World T20 final and won the trophy for once in 2014. The team played total 31 matches in the World T20 tournament since it’s debut season and won 21 matches. They lost 9 matches and other one was tied. Last season India was beaten by Sri Lanka by 6 wickets in final at Dhaka stadium In Bangladesh.

The defending champion consists their probable squad for World T20 2016. Angelo Mathews is appointed as the skipper of the team. This 28 years all-rounder played 59 T20Is, where he made 824 run scores and picked 34 wickets with the bowling economy 6.76. 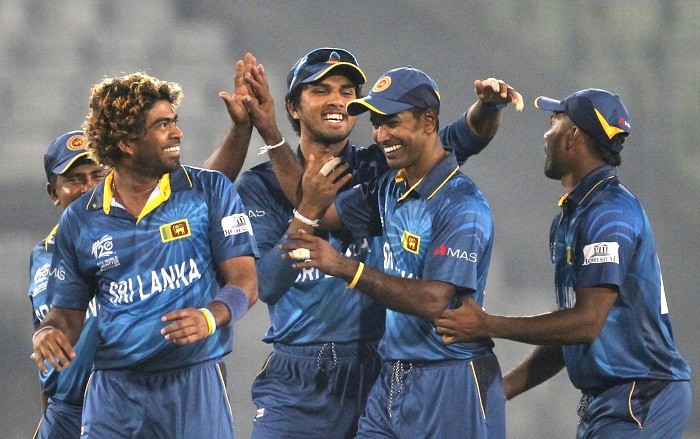 The team also included all rounder Tillakaratne Dilshan, Dinesh Chandimal, Lasith Malinga and Rangana Herath in the squad. The two experienced players Kumar Sangakkara Sanga and Jayawardene will be not seen this World T20. They both are retired from the all format of International cricket. Here we presenting the possible team squad of Sri Lanka team for ICC World T20 2016.

Sri Lanka will play on the group-2 in super-10 round, where they have to face England, west Indies, South Africa and one more qualifier team from first round. The team will play their opening match in Eden Gardens stadium in kolkata Kolkata at 17 March, 2016. The match will be played against the qualifying team of first stage. The second match of the team will be held at M. Chinnaswamy Stadium, Bangalore against of West Indies on 20th March. On 26th March Sri Lanka will face England at Feroz Shah Kotla Stadium which situated in Delhi and the last match of the group round will be played against South Africa on 28th March at the same place of Feroz Shah Kotla Stadium, Delhi. All games will be held at the same time of evening.

The most biggest limited overs tournament ICC World T20 will start from 11th March and will be ended on 3rd April, 2016. This going to be the 6th edition of their journey. India will host the most prestigious tournament in this season. Let’s see what happens in this season World T20. To learn more related information keep eyes in our page.