The schedule of 2017 Women’s Cricket World Cup featured on 26th June which will be ended 23rd July. This season it will be hosted in England. It is the eleventh edition of the competition and first time held in England. According to the International Cricket council restriction this season all total eight nation will take part in the competition. 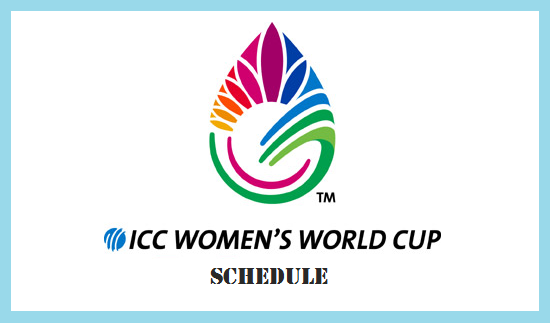 The format of the tournament set of 31 matches for eight sides which have to contest one against per each. After group stage the top four teams will qualify for knockout stage. The winner of semi final will play final on July 23. Here the schedule confirmed date in below.

Cricket team Australia became the most successful team in the competition which grabbed the title for six times. Not only that the also the defending champion of the Women’s Cricket World Cup. Let’s have a look the past history of the emulation.

So, it is now crystal clear to all Australia became the team who not only best in Men’s Cricket it also best in Women’s side. Among of ten edition six has been grabbed by them. England refers also best performances in Women’s side with three title holder. And the one more team also included in the list of winner who able to snatch the trophy for once and that is none other than New Zealand. These three are the only teams who have been participated since debut season consecutively.

At the inception the Women’s cricket was not so popular so far and there find so rare audience who interested on women’s cricket. But passing of the time the popularity of the tournament increase on high level. World wide million of fans eagerly awaited for the Women’s World Cup. A vast list of sports network are interested to live coverage of the tournament in world wide. So it’s the simple example how the competition take place in people heart.