After finishing Asia Cup India have started a series against the West Indies of Test, ODI and T20. The Board of Control for Cricket in India (BCCI) made the schedule with a two-match Test series, a five-match ODI series and a three-match Twenty20 series against the Caribbean. West Indies tour of India begun with Test match and they finished the ODI format. 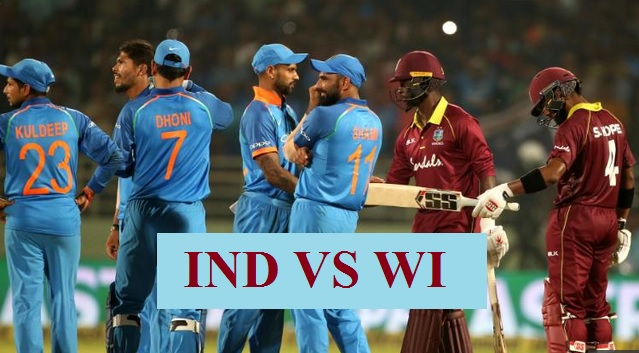 However, In the three formats, the West Indies will be under pressure in the T20 format. Because all of Indian cricketers are T20 specialist. The match will be very tough fight for the Caribbean. The Indian roster in very good form after winning the Asia Cup trophy. Star sports will cover the live mave match on 4th November. You can also watch online in here. Here the match detail in below.

Match between: India vs West Indies

India have all the dynamic players in their side and most important all of them are T20 specialist as they all the part of the biggest T20 event IPL. So very few cricket team is so strong as them in the short format match. Some strong roster like Captain Virat Kohli, MS Dhoni missing the game but they have many terrific players as well as they have Rohit Sharma, Shikhar Dhawan and many others.

On the other side, The Caribbean also very healthy squad as we as the holding Darren Bravo,  Kieron Pollard, Andre Russell they all are T20 specialist also. So the fight will be very tough and hard. And it will be also very interesting to watch.

The last international match in Eden Gardens was in November last year. The first match of the Test series against Sri Lanka was in Eden. Virat Kohli, who scored zero in the first innings and became unbeaten keeping century in the second innings in the Kolkata Test. The Match was drawn. After a year the ground going to host the international in again.