New version of Indian Premier League possibly starting from September, 2016 in USA or UAE which will be called Mini IPL. BCCI planned to play couple of friendly twenty20 matches in United States few days back and that’s why joined for a meeting in Dharamsala on last Friday (24-06-2016) where they declare their planning for Mini IPL. Board of Cricket council India, president Anurag Thakur said that the date and venue will be published on shortly but still BCCI need to call meeting with franchises & broadcasters to fix some issues.

This Mini IPL should be call IPL Overseas as it will be held on outside of India. BCCI president also mentioned that it will be a limited week tournament and hopefully this tournament will be completed within 2 weeks. All regular franchises would to participate into this new version of IPL.

Still there have few question about host, participating teams, broadcast rights etc. Within a very short period of time, BCCI want to declare the fixture of this tournament. 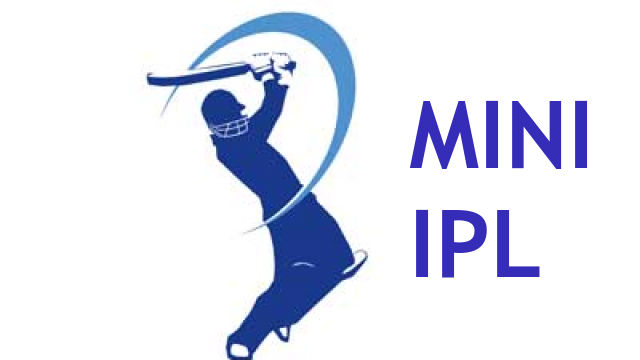 India’s most popular cricket tournament Indian Premier League 9th edition started on 9th April and finished 29th May 2016. The new title sponsor of the IPL is VIVO. Now IPL known as the VIVO IPL. As the defending champion of the tournament, Sunrisers Hyderabad has the Probability to play the opening match.

Which team participated in IPL 9:

This season there is total 8 team will be participated in the IPL tournament. They are Mumbai Indians, Delhi Daredevils, Kolkata Knight Riders, Royal Challengers Bangalore, Sunrisers Hyderabad, Kings XI Punjab, Rising Pune Supergiants, Gujrat Lions. Chennai Super Kings and Rajasthan Royals has been ruled out from IPL 9. Rising Pune Supergiants and Gujrat Lions replaced them in this season. In the year 2008, 2009 and 2010 the numbers of participant teams were 8. In 2011 total playing teams were 10. In 2012 and 2013 the total playing teams were 9. Last two season 2014 and 2015 total participating teams were 8.

Past winners name of the IPL tournament:

Chennai Super Kings is the most successful team in IPL tournament. Chennai Super kings had played 6 times in final and won the trophy for 2 times in 2010 and 2011 respectively. Kolkata Knight Riders and Mumbai Indians also won the IPL trophy for times. On the other hand Rajasthan Royals and Deccan Chargers became the once time champion of IPL Twenty20.

IPL 9 auction will be held on 6th February 2016, where the two new teams Rising Pune Supergiants and Team Rajkot can spent minimum 40 crores rupees and maximum of 66 crores rupees to buy their players. And the other team will also complete their squad rest of their budget.