The ninth (9th) edition of Indian Premier League (IPL) is knocking at the door which is going to start at next 9th April, 2016 under the construction of Board of Control for Cricket in India (BCCI). Cause of sponsoring by VIVO, it is also called VIVO IPL 9 this time.

Almost 64 foreign players have signed the deal with the total 8 franchise teams in IPL 2016 where most expensive players are Shane Watson who has dealt with Royal Challengers Bangalore in exchange for INR 9.5 crores, Kevin Pietersen has dealt with Rising Pune Supergiants for INR 3.5 crores and others have also agreed in exchange for huge amount of money. 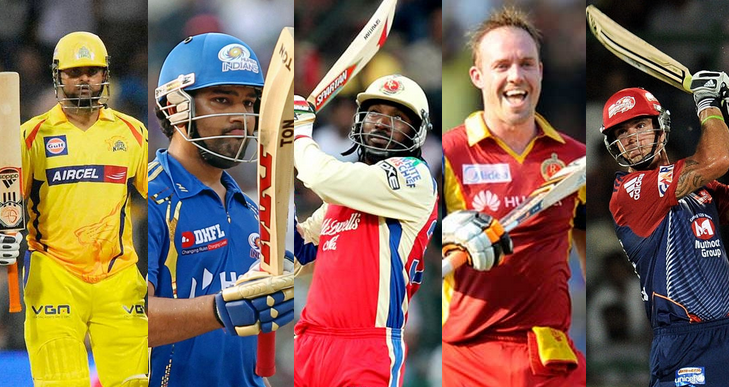 In this season of IPL 2016, Rajasthan Royals (RR) and Chennai Super Kings (CSK) have already been replaced by two new teams named Rising Pune Supergiants (RPS) and Gujarat Lions (GL). Cause of unauthorised betting action by their respective owners CSK and RR are suspended for a couple of years. They can participate in 2017 season of IPL events. The two new teams have signed the agreement for two season of IPL and the next will be decided by their authority.

Basically, they have been invited to IPL because they are all best T20 experts. According to their previous statistics in different kinds of T20 league cricket such as Big Bash, CPL, BPL, NatWest t20 Blast and specially in the previous seasons of IPL, they are examined the best cricketers throughout the world.

It will be a tough job to say, who will be the top scorer in IPL 2016 cause there are too many good and talented players are going to participate. Specially, Chris Gayle, Shane Watson, Brendon McCullum, AB de Villiers are all tremendous and fearsome batsman and Indian local players like Virat Kohli, Suresh Raina, Gautam Gambhir, MS Dhoni, Rohit Sharma have enough capability to dominate the opponent bowlers as well. It will be hard enough to say that who will be the one.

Suresh Raina is the most run scorer in IPL all season who has scored 3699 runs from 128 innings where most individual run goes to Chris Gayle by scoring 175 with 66 balls in 2013 season of IPL.  Let’s see the highest totals from the beginning of IPL in 2008 to till now which is given below.

Keep a sharp eye to our site to get update.