Kings XI Punjab is hard determined to lift the trophy of 9th IPL that’s why they rearrange their team to recover their weakness to win trophy. KXIP have most powerful batting lineup of Glenn Maxwell, David Miller and Shaun Marsh can change the scenario of match with powerful batting. Into to the bowling side, they have  Mitchell Johnson, Kyle Abbot which is mentioning one of the balanced team of the tournament. KXIP staring this season by the match against Gujarat Lions on 11 April at Punjab Cricket Association Stadium. Gujarat Lions is new franchise in this VIVO IPL 9 those picked Suresh Raina, Brendon McCullum from IPL draft. You should know Suresh Raina is most run scorer in IPL history and McCullum who recently retired from international cricket and both are previously played for Chennai Super Kings in Indian Premier League. Both team wants start their season by winning this match so hopefully it will be an exciting match for the supporters. 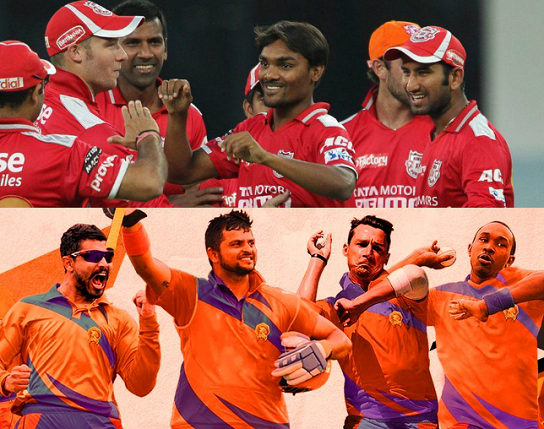 Prediction: KXIP is the possible winner of this match

Into the last year 2015, KXIP was the most favourite team to become champion. Even they are qualified for the Semifinals and get 2 times chance to qualify for the final but two match straight losing damage their dream to win IPL title first time. Glenn Maxwell & David Miller performed extremely well into that season. As Gujarat Lions is a new team and it will take time to them to come in discipline. That’s why our editorial prediction going to KXIP’s side for this match.