Rising Pune Supergiants will face first match of IPL against Mumbai Indians and they also the host of this match. We all know Rising Pune is new franchise of the tournament and Indian skipper MS Dhoni will lead this side. Indian spinner Ravichandran Ashwin who is now in great form he show his skill in recent T20 world cup so we can hope some good performance from him in this match. In batting order they have some experience hard hitter like Faf du Plessis, Kevin Pietersen, Steven Smith that’s make their batting order strong. On the other hand Mumbai Indians is two-time trophy holder and defending champion of the tournament they wants to start this season by winning this match. Mumbai Indians have some quality local cricketer like Rohit Sharma, Hardik Pandya, Jasprit Bumrah that’s gives the team great advantage Hardik Pandya who is the bowling all-rounder so he can support his team with bat and bowl and Jasprit Bumrah who established himself as strike bowler of Indian cricket team, now this is time to show his talent for Mumbai Indians. There is bad news for Mumbai Indians Lasith Malinga will not able to perform in this match due to hamstring injury. Rising Pune Supergiants is un experienced  team in the tournament but there cricketer are experienced as like Mumbai Indians so it can be a grand opening match of this season. 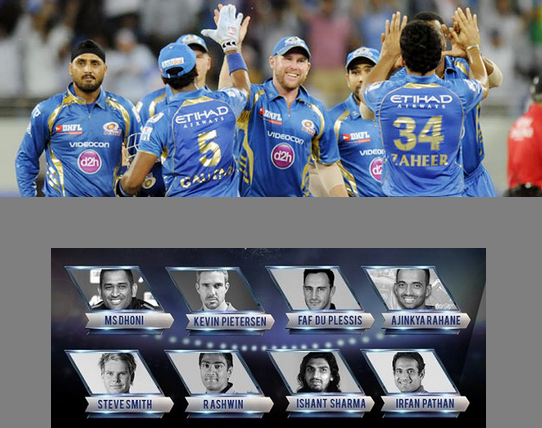 Prediction: Mumbai Indians will be the possible winner of this match