IPL the most wanted cricket tournament in India is held on April to May in every year. This year it will be also held on the same time. IPL Governing Council announced the schedule date for the event. The starting date of the honorable event confirmed on 9th April and it will be ended on 29th May, 2016.

This season the most prestigious tournament consist of 8 teams. They are Delhi Daredevils, Kolkata Knight Riders, Mumbai Indians,Royal Challengers Bangalore, Kings XI Punjab, Sunrisers Hyderabad, Sunrisers Hyderabad, Rising Pune Supergiants, Gujarat Lions. The Chennai Super Kings and Rajasthan Royals both teams are suspended for two season because of illegal betting curriculum by their owner. Rising Pune Supergiants and Gujarat Lions replaced them in IPL 9. Pune and Gujarat have been signed by BCCI for two years, 2016 and 2017. 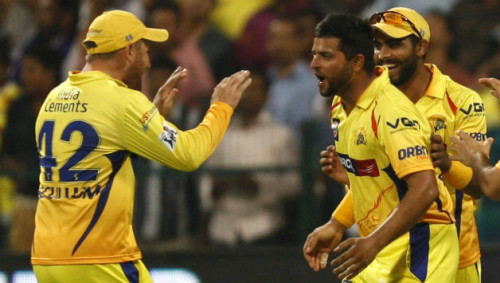 As the new participant team Pune and Gujarat had given the chance to select 5 players from the suspended teams Chennai Super Kings (CSK) and Rajasthan Royals (RR). The 1st player draft auction was held on 15th December, 2015. There are 50 players were released for picked from CSK and RR franchises. Gujarat drafted 2 Indian players and 3 foreign players from the draft player list. Suresh Raina became the captain of the team. The team also drafted all-rounder Ravindra Jadeja and overseas player Brendon McCullum, James Faulkner and Dwayne Bravo.

Suresh Raina who had played for the CSK (Chennai Super Kings) costing a big amount of Rs. 12.5 crores and the all rounder Rabindra Jadeja was picked up for Rs. 9.5 crores. The overseas player Brendon McCullum, James Faulkner and Dwayne Bravo was picked for Rs. 7.5 crores, Rs. 5.5 crores and Rs. 4 crores respectively.The player choice auction will be held on the upcoming 6th February 2016. Gujarat Lions was given 66 crores rupees budget for the players draft auction. Team Gujarat Lions already spent 39 crores rupees on first draft and second draft they have completed full squad by rest of the budget Rs 27 crores.

Captain : Suresh Raina has been selected as the captain of the team. He was the first picked of team Rajkot. Raina is the left-handed batsman, who had played 18 Tests, 223 One Day Internationals and 46 T20Is in his whole career and made 786, 5568 and 983 run scores respectively.

Coach: Gujarat Lions confirmed Brad Hodge as the head coach for the tournament.

Owner: Intex Technologies is the official owner of the team. They have bought the team by Rs. 10 crores.

Representing City: Gujarat Lions represented the Rajkot city of Gujarat. They have signed for the upcoming two season of IPL (Indian Premier League) in 2016 and 2017.

Full name of the team:

The full name of the team is Gujarat Lions. Before fixing name it was called Intex Rajkot.

This is the squad of team Gujarat Lions for IPL season 9. The squad seemed to very hard. Numbers of T20 specialists are included here. So guys get ready for the most wanted cricket tournament of the year and linked with us fore more update.