This is 4th season for Sunrisers Hyderabad in IPL and only one time they qualify for play off round in their first season. Eoin Morgan, and Kane Williamson added in their squad in this season. Bangladesi young sensation Mustafizur Rahman making his debut in the tournament with RCB, everyone know Mustafiz talent and he proved himself T20 World Cup. Royal Challengers Bangalore allways start tournament as favorite but not able to lift the trophy they became the two time runner up but not became the champion. Royal Challengers have some powerful heater in their squad Chris Gayle, AB de Villiers, and game changer Virat Kohli who played great role to qualify in semifinal in T20 world cup, he leading his side this year also. Royal Challengers Bangalore and Sunrisers Hyderabad facing on their first match of IPL in 12 April at M.Chinnaswamy Stadium. 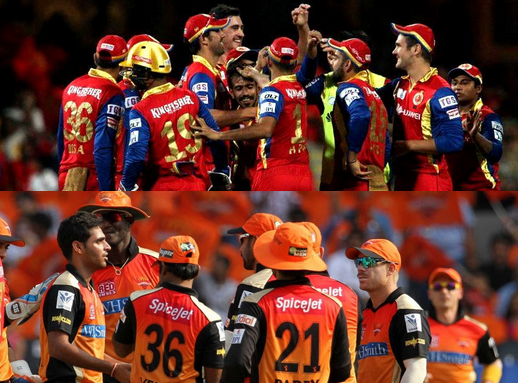 Match Highlights will be released after the finishing of the game

Prediction: Sunrisers Hyderabad is the possible winner of this match cause of their very crucial bowling lineup.