Indian Premier League which is entitled as IPL is the most capacious domestic T20 in the world. It is ranked after World T20 and sometimes it compared with World T20. Every cycle of year, the contest is occurred by some franchises from different state of India. The entire competition is held under the administration of BCCI. VIVO IPL has been consisted 8 teams including two new competitor, which will replace Chennai Super Kings and Rajasthan Royals.

The inebriety  of celebrating IPL  is peerless, which is treated more than a game and rendered as festival in India. Lots of fans have seemed to pretend the colors of their favorite pet teams. They wear the Jersey not only in stadium also on street, home and office. World wide fan flowers are waiting for the new season IPL merchandise and jerseys of their sweetheart  club. So fans no more delay the IPL Kits and jersey has been launched and here we conferring the Jersey and logo in below.

Gujarat Lions who has recently entered in IPL at the place of Chennai Super Kings has reveald the New Jersey and Logo for the team. Saturday, 20th February Team skipper Suresh Raina and Owner Keshav Bansal has Launched the logo and Jersey for the team Gujarat Lions. Gujarat Lions  will play two upcoming season and the future of the team will be decided in later. Here we presented the team jersey and logo. 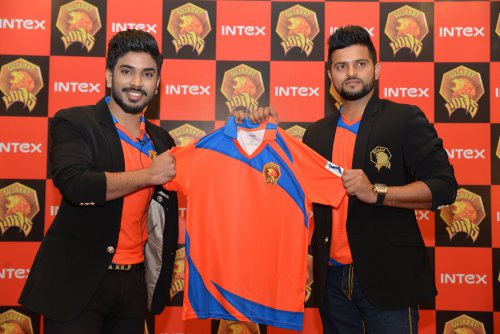 The main color of The jersey  is red, along with a blue  layer on the peak, on all sides of the chest and the neck and also including some  lower part.

On 2nd Feb 2016 the franchises launched their logo, which embark roaring tiger in a box and coloured is given somewhat golden. 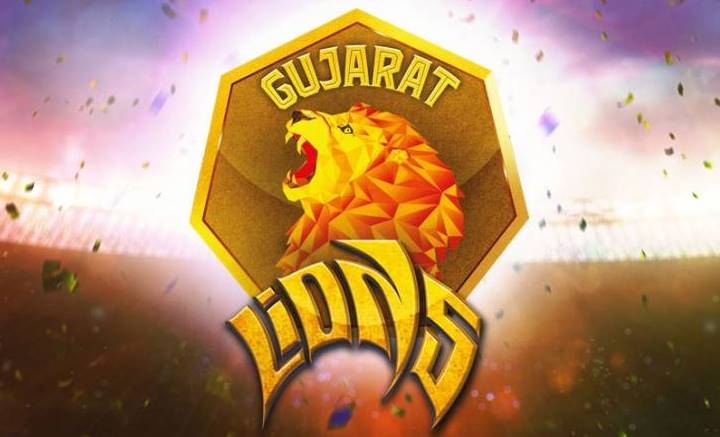 The Rising Pune Supergiants is another new participant of IPL which contracted for two years, 2016 and 2017.  The team replaced Rajastan Royals,  which has been suspended by BCCI for next two years. Team Pune will be led by CSK skipper MS Dhoni. Here also included some more players from CSK. 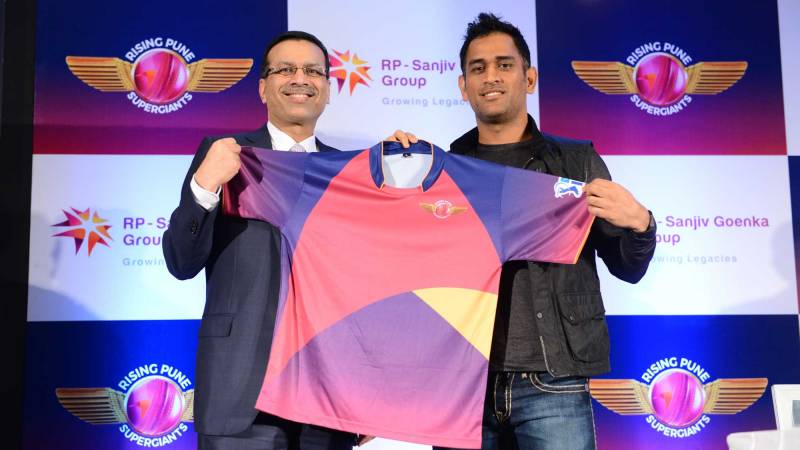 The Rising Pune Supergiants jersey has multiple colours. As the team logo in left chest, there is a lot of purple color on it.

The logo featured with purple color ball in center with somewhat like feather in two side. 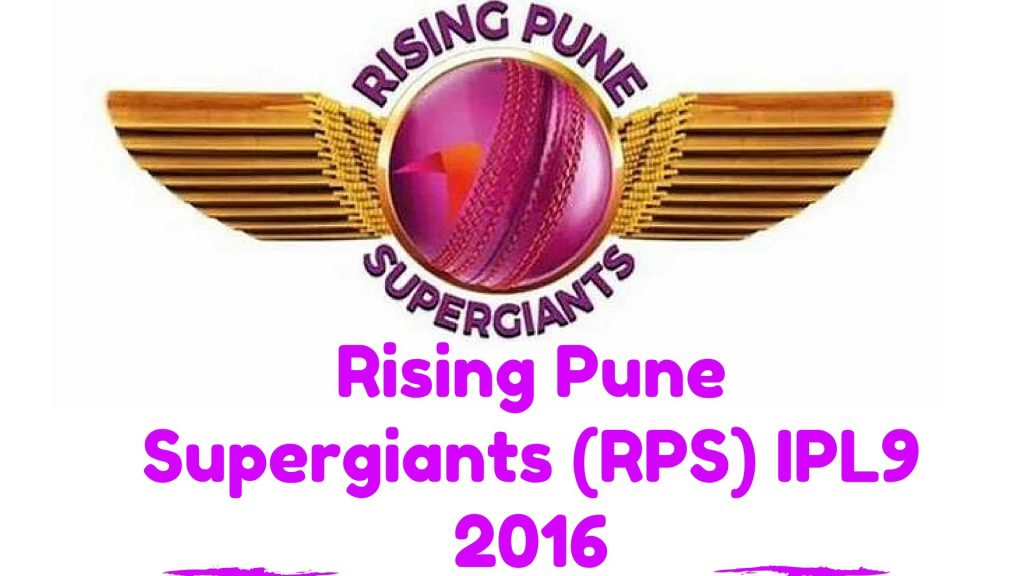 Delhi Daredevils is one of the most successful  competitor  in IPL ( Indian premier league). Since last few season the performances of the team gone down and to promote the unwanted condition team owner changed the entire set of the squad. This season some oldest player has been released and some new is picked. Let’s wait and watch the new set of players can able to colour the team or not. 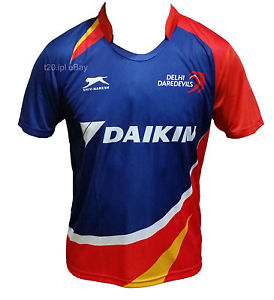 These images of Delhi Daredevils has been got from twitter, which is coloured dark blue along with red colour strip on the lower portion and neck.

Though the team launched latest jersey but the logo of the team being unchanged. It’s look somewhat sign of red color. 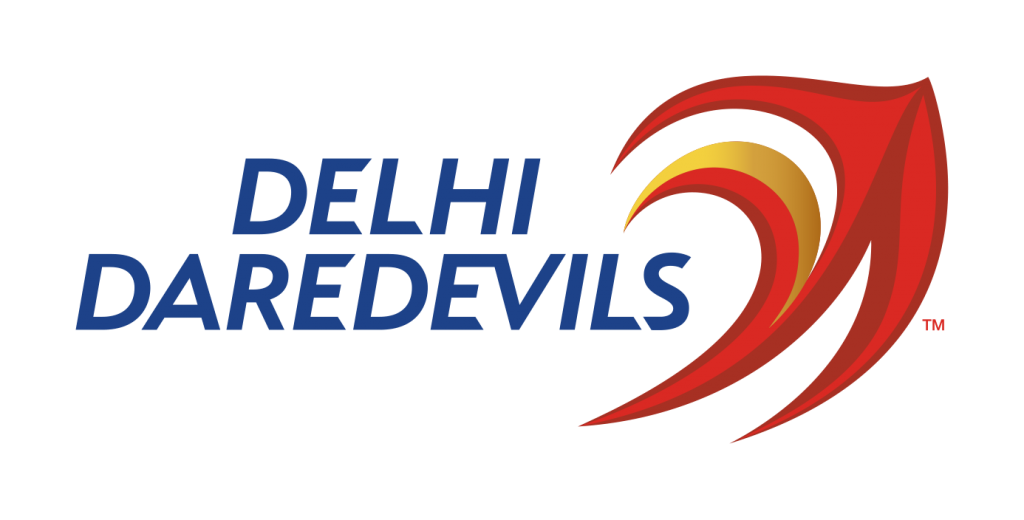 Kolkata Knight Riders, which is owned by bollywood Superstars Sharukh Kahan and Juhi Chawla, proclaim their new jersey Kits for IPL 2016. The T-shirt is Sponsored by Gionee, a mobile phone manufacturer company in China. Last eigt season the jersey was featuring by Nokia, which completed 8 year cointract last year. Gionee made a three years contract from 2016 to 2018, which is  manufactured by USPA (United States Polo Association). 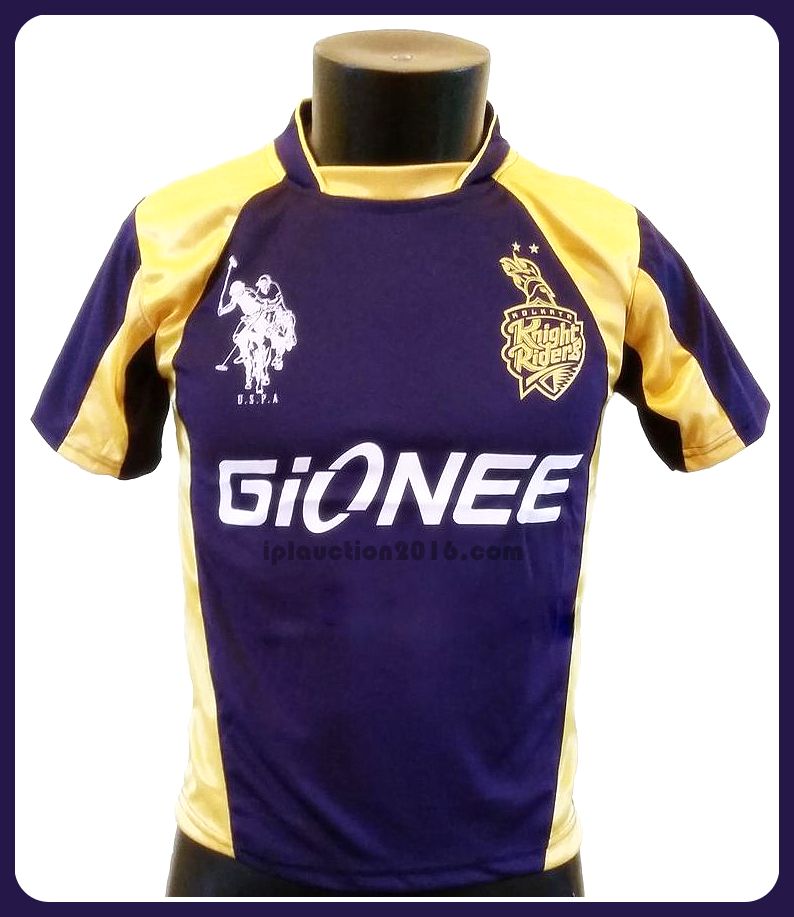 The new color of the Jersey manufactured in dark blue with golden layer from shoulder to lower portion of both side.

The logo is also considering dark Blue and golden color. 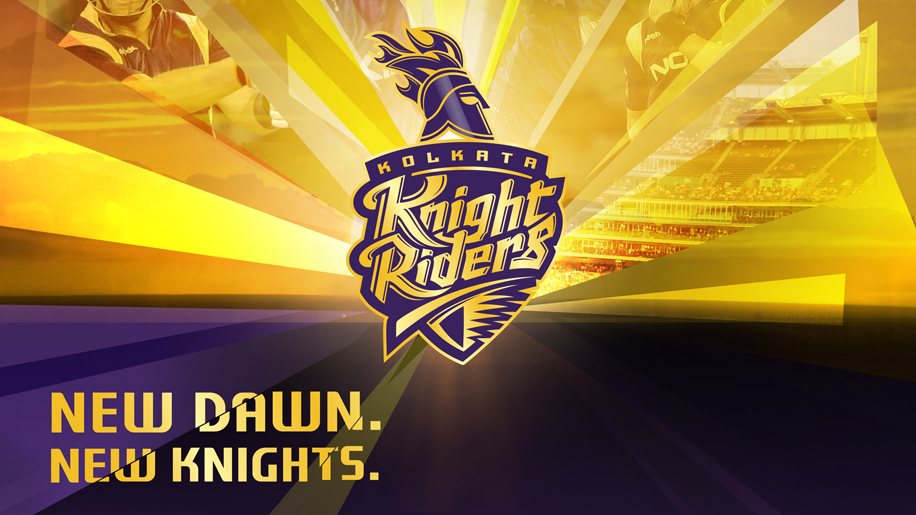 Mumbai Indians the defending champion of IPL who have won the prestigious trophy once . It is the most Consistent Team In Ipl from the debut season. Ricky Ponting has been appointed as the team mentors and the team bought total 26 players, where 19 before auction and rest 7 during auction. Shane Bond will take care of the boys in bowling side. This season they are desparate of winning the trophy under the leadership of Rohit sharma. 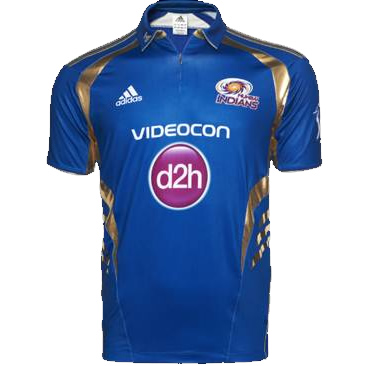 Mumbai indians have jersey color remains blue which have been  never ever changed. Mumbai is the bank of ocean, which referred to the colour of blue. Perhaps, this is the main reason of not changing the blue color. Videocon becomes the sponsor of Mumbai Indians Jersey.

The logo is also embark the ocean color. 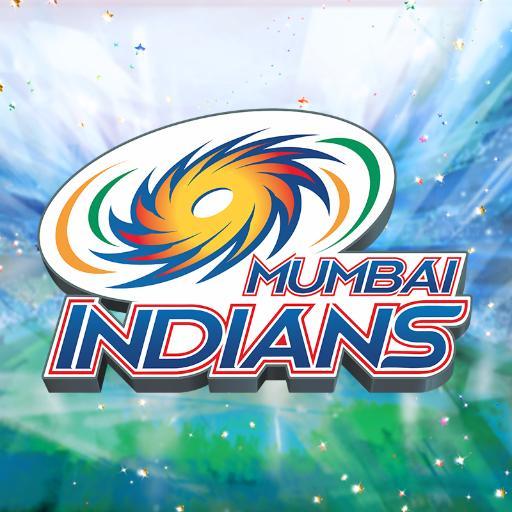 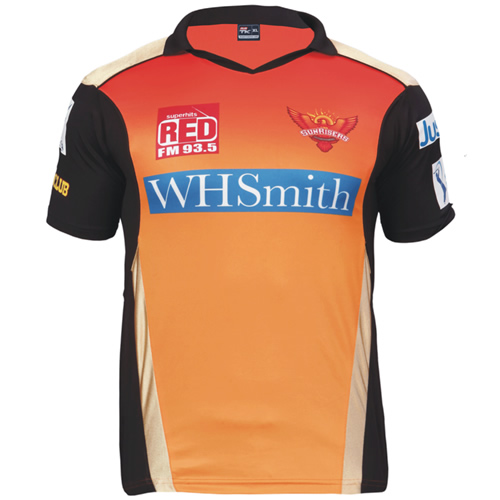 Sunrisers Hyderabad Jersey feturing with burning Orange which symbolized the rising sun. The jersey consisted the Black strip on shoulders with the golden yellow belt on both the half sleeves. The team logo plced on left chest of the Jersey. 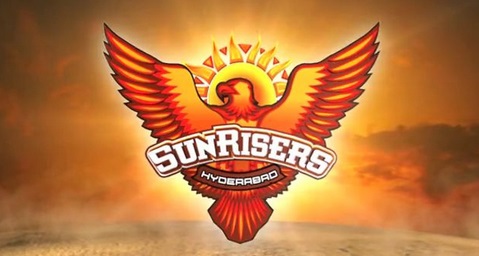 Kings XI Punjab whic reprents Punjab state in IPL, has started their journey in 2008. Despite of having many talented players the team could not win the trophy for once The best performance of the team was playing Semi-final at once. 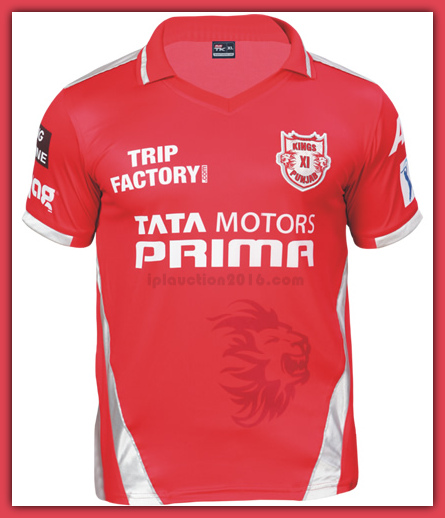 The jersey properties based on red color with the gray on shoulders and both baile. The team logo exist on left chest and the sponsors name widely written in center.

The logo consisting two roaring lion in both side left and right. 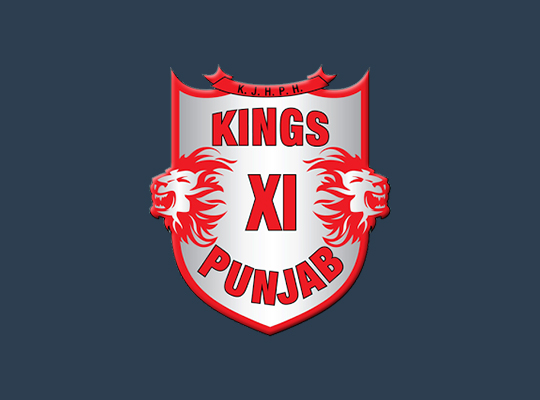 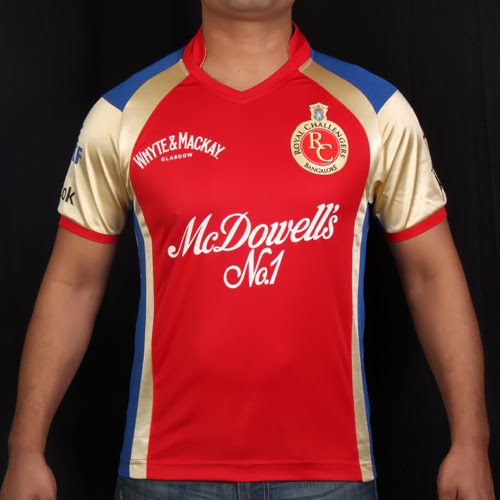 Royal Challengers Bangalore (RCB) which consisting the eye catching orange jersey with dark blue in shoulder as always, this season they will be seen also unchanged. The logo also placed on left chest of Jersey.

The logo is designed simply yellow and dark red in center. 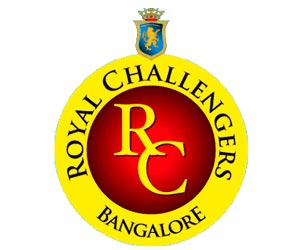 These are the all eight teams logo and Jersey in VIVO IPL , which will be taken place from April to May. If you eager to know about your pet team linked with us. We will provide you the hot and latest news about VIVO IPL.