Masters Champions League or simply MCL is T20 format league cricket which is organised by Emirates Cricket Board. This tournament used to be staged in United Arab Emirates (UAE) annually. Former international cricketers used to participate here. It was founded in 2015 and the first season was run from 28th January to 13th February, 2016 including final. This tournament consists of six participants where the current champion is Gemini Arabians. 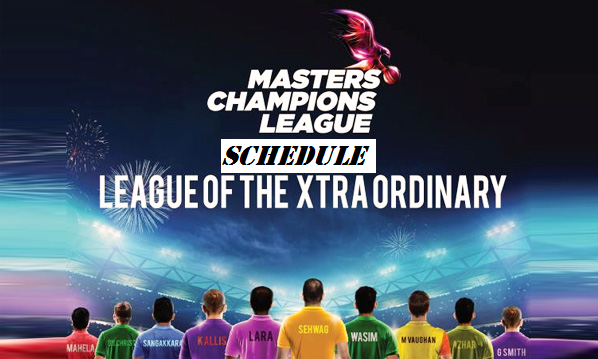 Though, MCL is a annual T20 cricket tournament, so it will be placed again in next 2017 which will be the second edition of Masters Champions League (MCL) and also hosted in UAE again.

Zafar Shah announced the tournament in June, 2015 and become the CEO of this league where this tournament was formed by the Chairman of GM Sports Saim Malik.

Let’s take a look below where the participating teams list is given.

Last season in 2016, total eighteen matches were played by six franchise teams according to round robin format which were staged at two venues in United Arab Emirates. Let’s see their details below.

Like inaugural season of MCL, upcoming edition of 2017 would be filled up with many former players from different nations. South African Jacques Kallis had played for Libra Legends as a captain and also as icon player in exchange for highest US $175,000. And Adam Gilchrist who is an Australian former wicket – keeper made an agreement with Sagittarius Strikers in exchange for US $170,000 which was the 2nd highest purchased. Besides, six players were announced as an icon players officially. In final, Gemini Arabians defeated Leo Lions by 16 runs and selected as first crowned champions.

Though, it is a newborn T20 cricket tournament, but it would possibly popular within very short time and next season of Masters Champions League 2017 would be more challenging.