The Mumbai Indians which is abbreviated as MI represents the city of Mumbai is a professional T20 cricket team established by Board of Control for Cricket in India (BCCI) which is going to participate in Indian Premier League (IPL) Vivo 9th season in next April 2016. Mumbai also known as Bombay is the capital city of the Indian state of Maharashtra. The home ground of Mumbai Indians is Wankhede Stadium which is named after former BCCI president S.K Wankhede. The owner of the team named Rohan Yadav represents Mumbai city. 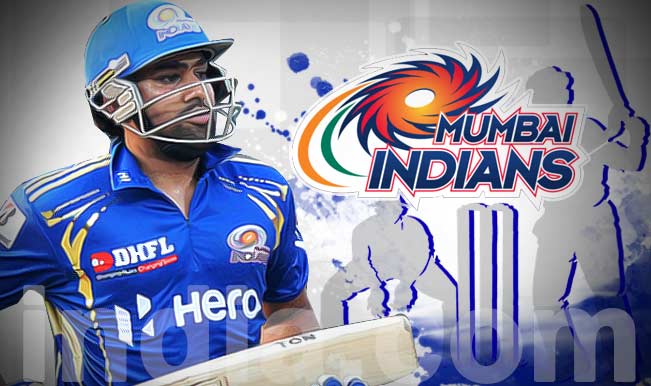 The Mumbai Indians is one of the most successful team in IPL which is currently led by Rohit Sharma and coached by Ricky Ponting. They won their first IPL title in 2013 by defeating Chennai Super Kings in the final and won their second IPL trophy in 2015 by beating Chennai Super Kings again. The captain of Mumbai Indians Rohit Sharma is one of leading run scorer batsman and Lasith Malinga is leading wicket taker bowler in this team squad. The team squad of Mumbai Indians is given below.

In the last season of IPL, Mumbai Indians really played good cricket where they totally played 16 matches and won 10 of them. Yes,Of course Mumbai Indians have some talented and experienced T20 expert cricketers like Rohit Sharma, Parthiv Patel, Ambati Rayudu, Harbhajan Singh and so on. Rohit Sharma is in form and could destroy opponent bowling lineup where Ambati Rayudu, Parthiv Patel, Shreyas Gopal should be in the best eleven according to their previous performance. Also Harbhajan Singh is a googly specialist and could deliver some destroying spell.On the other hand, they have six most performing overseas players too. Lasith Malinga could be fearsome bowler for the opponent team. Corey Anderson and Kieron Pollard are two of the most experienced all-rounder in T20 format. They could be more dangerous.So,let’s take a look the possible best XI listed below.

Reviewing the team squad of Mumbai Indians, they have possibly strength to win IPL Vivo 9 season title once again.