The English domestic T20 competition which re-branded as NatWest T20 Blast in 2014 going to be established the third edition from 20th May this year. As a newborn club tournament, it yet not get the popularity like Indian Premier League  or, BBL. In 2016 edition there are plenty of T20 specialist will be participated in the upcoming competition, where they face lot’s of interesting games. 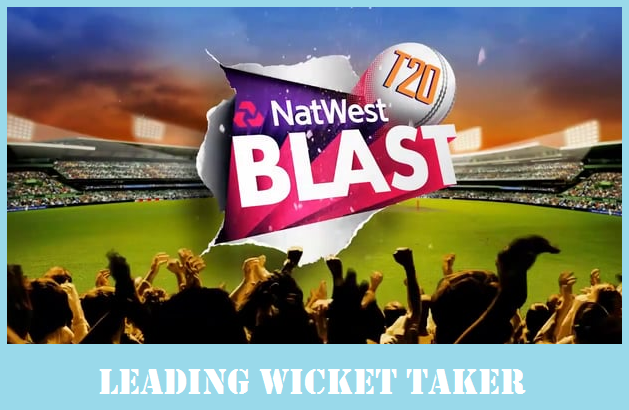 The third season of the tournament consisted some world class batsman, bowler and also giant wicket taker. Here we talking about the destructive bowler who picked up the most wicked of the season.

James Faulkner, the Australian medium fast became the highest wicket taker of NatWest T20 2015 edition with 25 wickets.  In 13 matches he perform 50.3 deliveries and gave 316 runs with 6.25 economy.  Not only T20 Blast, his career with Australis also mind blowing. He always considers cool mind, even at time of pressure which boost the team to grab the games from poor position. His record breaking performances once again proved his skill in the field of t20.

Slow left-arm orthodox, Stephen Parry who had built his career with Lancashire, got 25 wickets also in last year. By playing 16 matches he picked the 25 wickets with 6.57 economy.

The Sussex spinner, Tom Smith along with Australian quickest bowler Shaun Tait picked 23 wickets in last year. They both are considered as third and fourth most wicket taker in 2015 edition respectively. A brutal bowler like them the most eye-catching part of the competition. This season it has been quite chance to make the same sort in the tournament.

A Neoteric offspinner Saeed Ajmal who required from  the Pakistan national team picked up 21 wickets in 12 matches. Though he entered the International cricket field at late off 30 years old, his performances is undoubtedly pleasure in ever. It is conducted if he confirmed for upcoming tournament, he will be seen warm up once again.

Recordo Olton Gordon and Mitchell Eric Claydon became the 7th and 8th most wicket taker in NatWest T20 with 21 and 20 wickes respectively. They both are yet not made any International debut. They played for numbers of domestic club competition but both are deserve on the national team for their brilliant performances.

Ravinder Singh Bopara is a talented, wristystroke cricketer of England national team. Playing in the Essex side last year  he whiped 19 wickets of 12 matches with 6.62 economy. The t20 specialist also being play in the third edition for new record. Aside of these world ranking Wicket taker some others batsman and all-rounder going to take part in the third edition NatWest T20 who will warm up the competition with their breath-taking performances.