NatWest T20 Blast is a domestic T20 cricket league in England which made the campaign in 2014. Actually it is the changing term of Twenty20 Cup and Friends Life T20 which started from 2003.

So, if we analyze the last 13 years statistical data we find several names who got over 2500 runs score. The most run scorer of NatWest history compiles Murray Goodwin, Phil Mustard, Mark Pettini and Darren Stevens. 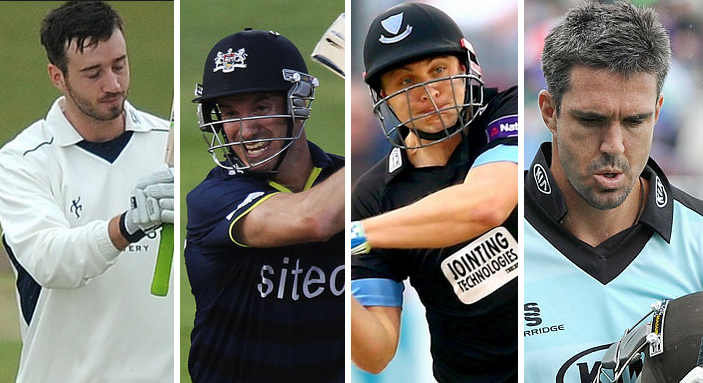 Darren Stevens became the only man who enrolled over 3000 runs and became top most run scorer in NatWest history. Since the debut season he assembled 3033 runs in 147 matches including sixteen half-centuries.

Last season JM Vince had made 710 score in 16 matches which upgrade his total score of 2430 since 2010. M Klinger became the second position holder of last year NatWest T20 Blast of 654 score including three hundreds and four fifties.

This summer numbers of overseas will take part with the local twenty20 specialist and it will be great to watch all t20 expert in together. JM Vince has the chance to warm-up again in this summer NatWest Twenty20. The right arm batsman played total 4 t20 International and scored 147.

Luke Wright’s century for Sussex on debut season has been reminded for all categories cricket fan in all ever. In his 51 T20I career he accumulated of 759 runs with the top score of 99. Last year his 564 standing it again proved his ability. This season it has been highly chance to the same sort of game.

Michael Killinger, the Australian opener picked 564 run score and became the second most run scorer in NatWest T20 2015. His 3343 International t20 score undoubtedly proved his skilled in T20 format. Not only T20, He is also well scorer in all format (Test, One Day International, T20) of cricket.

The schedule of the leading domestic t20 of England has been uncoverd and the event will be started from 20th May, 2016. There are total eighteen domestic team will be contributed on the NatWest event, where the whole participants will be divided into two group in 9 in per group. As like the past rules each franchises will play six games against with other from the same group. Two points will be added with the team for per win and loser team will not get any point. If the the game result refers being tie, the both team will get one point. Finally by their achieving points they will be ranked and the top four team will be chosen for Semi-final.

Birmingham the first champion of NatWest t20 who grab the trophy by defeating Lancashire in 2014. And Lancashire became the second title holder of the event who strongly beaten Northamptonshire in 2015. This season the competition will be more tough and hard. So, to get the update about the event linked with us.