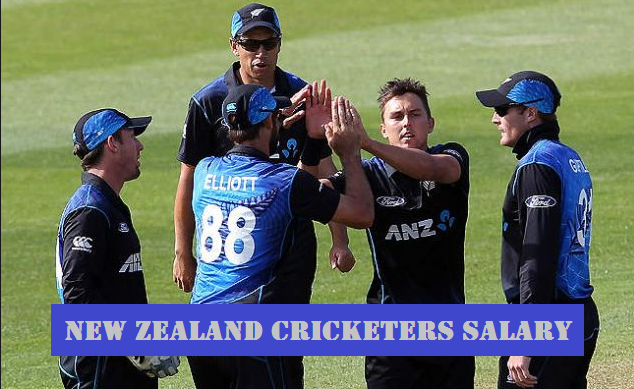 Retainer Fee is the guaranteed yearly salary which is given to the centrally contracted cricketers. The top ranked cricketer of New Zealand earns around NZ $200,ooo as the yearly retainer fee. This fee drops in increments to approximate NZ $81,000 for those who are ranked 18-20. Retired Brendon McCullum has been removed from the contract list, as expected.

Captain’s Bonus : In New Zealand Cricket Board’s contract system, there is a bonus system for the captain. Kane Williamson earns NZ $40,000 as a bonus for being the New Zealand national team captain. Before him, Brendon McCullum used to get this bonus.

Earnings From Foreign Leagues : The Kiwis played in different T20 leagues in the world. Kiwis are one of the best foreign choices for IPL franchizes. Almost every star cricketer of New Zealand played in the IPL. Some of the Kiwis have played in Big Bash, PSL, BPL, CPL & NatWest T20 Blast. Former Kiwi captain Brendon McCullum is a big name in T20 cricket.

Income From The Latest IPL Contracts :