Pakistan Super League or PSL competition is currently sponsored by Habib Bank Limited and due to that reason, it is known HBL PSL T20. The second edition of the most popular T20 challenge is knocking at the door which is already scheduled to start in next 9th February, 2017 and would end up in 7th March, 2017.

Like previous year, this time also Pakistan Super League (PSL) authority has taken a decisions and would like to give a handsome money to the winner, finalist, man of the match and other awards. 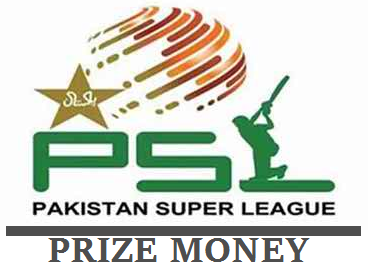 The inaugural tournament of the largest domestic competition of Pakistan was won by Islamabad United and which why they were awarded by around $500,000. Quetta Gladiators made it to the final and achieved $200,000. Along with other awards, PSL governing committee spent almost $1 million in last season. But, they are planning to increase it this year. Though, their prize money is almost poor if we compare it with Indian Premier League (IPL) prize money. But, hopefully, they would like to increase their reward amount in every year.

First season of PSL was completely successful than expected due to some overseas players like Chris Gayle, Shane Watson, Kevin Pietersen, Shakib Al Hasan and some others and they would probably play again in upcoming season. In that season, the man of the match and other reward holders made an estimate prize money of $300,000.

According to a reliable resource, the upcoming season’s reward amount would be more than $1.5 million where the winner of the competition is projected to pocket $700,000 instead of $500,000 and the other finalist would get $350,000.

Above listed prize amount details yet to be confirmed but comparing last year, it would increase some what where the finalist received last year around $200,000 but in upcoming season, it would be $350,000. As well as others amount would also onward accordingly.

Pakistan Super League or PSL which is organized by Pakistan Cricket Board (PCB) is the newest addition of T20 competition and the first season of PSL was placed in last February, 2016. Though, it was the first edition of the competition but already regarded as one of the most popular T20 competition in the world nowadays. However, if we consider it’s popularity ranking, we must place it after IPL, Big Bash and Ram Slam T20 competitions.

Second episode of PSL tournament is consisting of twenty-four match which will be staged according to round robin format and playoff round. As like the first edition, total five franchise team will compete here. Due to political contradiction, Pakistan would never arrange this tournament again but to place in United Arab Emirates instead. Two venues in Sharjah and Dubai are selected for the competitions. But, the final match of the tournament would probably held in Pakistan and Gaddafi Stadium, Lahore would be the host arena.