Pakistan Super League is also called PSL which is a professional T20 cricket competition based in Pakistan. This annual competition was first held in 2016 where total five franchise teams competed. The final match was placed in 23rd February, 2016 where Islamabad United defeated Quetta Gladiators and selected as crowned champion in the inaugural season of PSL. 2nd edition of PSL starting from 9th February, 2017. All matches going to host in UAE but only the final match will be held on Lahore. 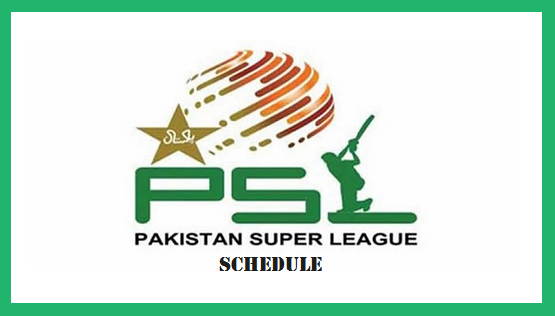 Now the time has come for 2nd edition of Pakistan Super League which will be started 9th February, 2018.

Though, last season total five team were played here but coming season it would probably six team will compete for the title. Here we present below the name of participants along with some other information.

Perhaps Kashmir Warriors or, Sialkot Smashers will be the number # 6 team to participate in upcoming PSL 2017. The details of the newest franchise team is not officially announced yet. As soon as the information will reveal, you can see the update here.

Last season, United Arab Emirates (UAE) was hosted this tournament instead of Pakistan. Pakistan did not arrange this tournament in their ground due to political contradiction. And in this circumstances, UAE was always there for Pakistan to held. Total 24 matches were played in two different venues named Dubai International Cricket Stadium and Sharjah Cricket Association Stadium. But hopefully next prestigious tournament would probably be placed in Pakistan.

According to Double round robin, this tournament used to compete. Each team has got chance to play twice with others and the top point holder four teams have got clearance for playoff round where 2 points for a win, 1 point for no result. PSL is currently sponsored by Habib Bank Limited which have got three years agreement in exchange for approximately US $ 6 million. Sunset + Vine were announced as the official broadcaster of PSL in exchange for US $ 15 million.