Peshawar Zalmi is a newly established team by Pakistan cricket board (PCB) those are going to play the first season of Pakistan Super League on February, 2016. Basically, Peshawar is a largest city of Pakistan and the capital of Khyber Pakhtunkhwa province. It’s need to mention Pakistani cricketer Shahid Afridi, Umar Gul, Fazl-e-Akbar, Arshad Khan, Yasir Hameed, Younis Khan is the son of Peshawar. “Zalmi” is a Pashto language which means “Youth”. By adding “Zalmi” suffix with the city name, it’s naming decided on. Chinese multinational home appliances and consumer electronics company “Haier Group” bought Peshawar franchise by 16 Million USD for 10 years. Though cause of few contradiction situation in Pakistan, they can’t arrange any international level cricket match into their ground but United Arab Emirates always beside PCB to organize any big tournament of them into Dubai, Sharjah & Abu Dhabi. 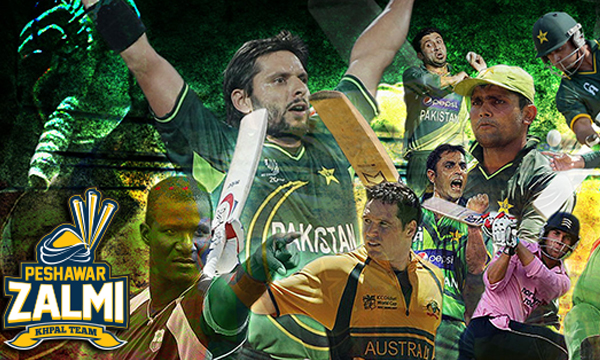 It’s need to mention that 5 foreign cricketer among 11 can play in each team which would make PSL more popular world-wide. As Peshawar Zalmi have a couple of t20 specialist local & foreigner cricketer. It won’t be a tough job to set a balance team for them.

Pakistani Kurat selling company “J” is the designer and t-shirt, hat sponsor of the team Peshawar Zalmi. This Jersey concept fully depends on the official of this team. Color choice is full yellow & blue combination. Though the design isn’t looking so creative but hopefully suit all cricketers as it’s so focusing color. Owner company “Haier” will get more focus into the middle of the kit and in right chest. Team quotation “I shall rise and shine” will also be available into the t-shirt. 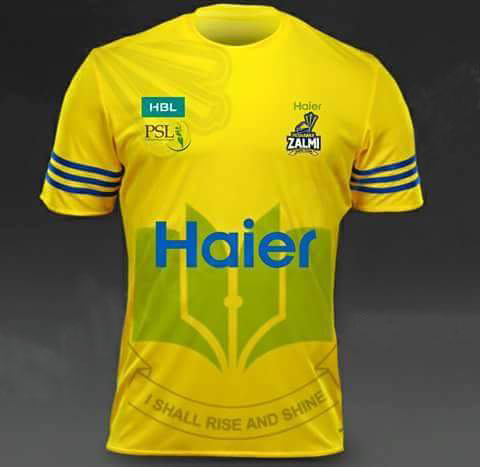 Peshawar traditional pagri (one kind of hat) get focused into the official logo of PZ with three cricket stumps. Blue, Yellow & white color of the logo mentioning sky, region and energy of their peoples. May be you guys those are outside of South Asia, would have little bit curiosity about the Pagri of Peshwar right ? Lets take a look into their traditional Pagri and official logo. 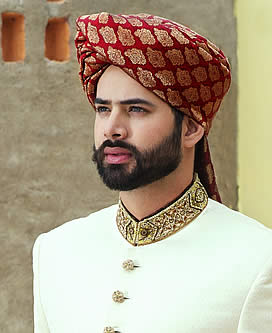 We know that Pakistan is the most successful team in twenty20 format and did extremely well in past world cups. Cause of few contradiction in cricket world, their cricketers can’t play the biggest twenty20 event Indian Premier League which is really a heart breaking and pertinacity feeling for PCB and that’s why elected to make another largest t20 tournament on UAE. Before ICC world twenty20, PCB took this tournament to prepare them for world cup.

Another thing to mention that this region of Pakistan have another good team named Peshawar Panthers those are still playing first class matches of Pakistan and their national team always eyes on their to pick young stars from them.