Quetta Gladiators is recently established Pakistani professional T20 cricket team by Pakistan Cricket Board (PCB) that is going to play in Pakistan Super League in next 4th February 2016 against Islamabad United at Dubai International Cricket Stadium into their first match.Quetta is the provincial capital of Balochistan which is the ninth largest city of Pakistan.In Etymology, Quetta is a variation of Kot which is a pashto word meaning fortress.The franchise owner Nadeem Omar from Omar Associates represents Quetta city in Balochistan province in exchange for $ 1.1 million USD. 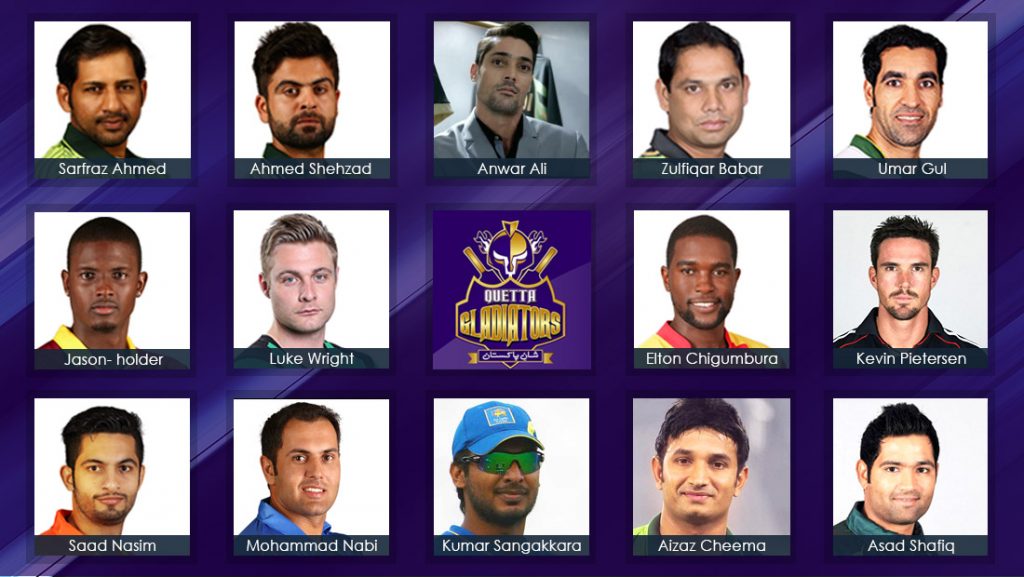 Yes Of course, Quetta Gladiators have picked some talented cricketers named Sarfraz Ahmed, Asad Shafiq,Ahmed Shehzad and so on. Sarfraz Ahmed is appointed as the captain in this team who has played 20 International test, 56 ODI and 8 T20 in his career who would be the most possible successor in this tournament. On the other hand they have seven overseas cricketers. Among them, five can participate in each match. Kevin Pietersen is one of them.He is the icon player in this team and most hard hitter batsman. He can destroy the opponent bowling line up. As well as Kumar Sangakkara is also experienced and talented cricketer in T20 format. He can be even more dangerous. Also Quetta has Thisara Perera, Elton Chigumbura, Mohammad Nabi and so on whose are the talented all-rounder according to their recent performance. So, hopefully they can make a balance team and possibly strength to win PSL title.