Cricket South Africa used to arrange a annual T20 cricket league competition which first season was held in 2003/04. It was known Standard Bank Pro20 Series till 2010/11. After that, it was renamed by MiWay T20 Challenge. But currently, this tournament is called Ram Slam T20 Challenge which is one of the most contesting T20 competition throughout the world nowadays. Since the foundation, thirteenth season of South Africa T20 league have passed and the viewers are waiting for next most contesting season of it. 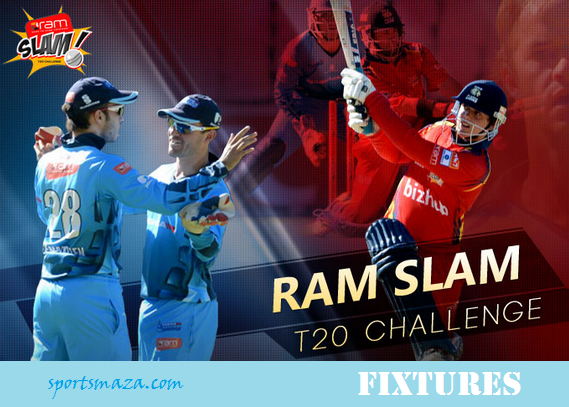 Generally, a South Africa T20 season runs from November to December or January to April. Though the next season of South African T20 league schedule has lot revealed yet so we can only provide approximate date which is given below.

[As soon as the schedule of South African T20 2016/17 season will announce, you can find the update here]

Since the beginning of Ram Slam T20 Challenge, total six franchise teams which represents six different cities of South Africa used to compete here but in 2007/08, Zimbabwe took part in this annual event as a seventh contender. Let’s take a look below where the participants list of 2016/17 season is given along with representing cities and home ground.

Among six participating teams, Titans which represents Centurion and Benoni is the most successful team by playing in final five times and won four of them. They are also the defending champion. Cape Cobras is in 2nd position. They are also five times finalist and won three of them. Here we present complete details of previous winners list below.

Many overseas players used to participate in this biggest T20 league competition. Like Robin Peterson and Kieron Pollard are taken by Cape Cobras, Dolphins have Dwayne Bravo and others have also took many talented T20 experts. So, hopefully 14th edition of this tournament is going to be the most contesting edition.