After finishing Pakistan tour now cricket team Australia going to face South Africa in November. The both team going to play three ODI and one T20 match in this series. The first One Day match will be played on 4th November, Sunday at the local time 11.20 am. Perth Stadium will host the game on their field which consisting 60,000 seat capacity. The match going to be very exciting and amazing so far. World wide cricket fan eagerly waiting for the match. Different TV network will cover the live game in world-wide. Fox Sports being the official media partner of the series. Along with the match all matches of the series will be found in Fox Sports. You can also find the game in online here. Here the game detail in below.

Match between: Australia vs South Africa (AUS VS RSA) 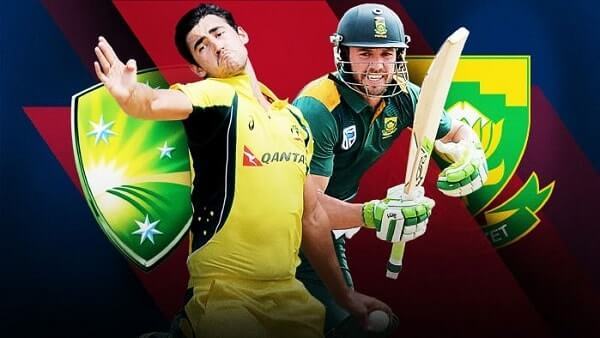 Australia have top flight squad and every guy of the team very talent and mind blowing player so far. Aaron will lead the series. Apart of him they have also Travis Head, Chris Lynn, Pat Cummins and so many talent guy in their squad. Here we define all players name who are included in the squad for the series.

South Africa also have a balanced squad for the series. The team will be followed the captaincy of Faf du Plessis. You can also find there Farhaan Behardien, Quinton de Kock, Imran Tahir, Heinrich Klaasen, Aiden Markram, David Miller and also some other. Here we named the full squad in below.

However the both team have some awesome and dynamic players. They all are very talented and amazing cricketers. The all guys are best in the three format of ODI, T20 and Test. There have no doubt about the ability of Australia team. They are very strong team from many time and playing very good. On the other side South Africa have also hold very healthy and balanced team squad. Their team boys also very good but when it about the whole team performance it get down day by day. It’s sounds bad but true day by day their performance go down.

Prediction: To analyze the past all performance, our prediction goes to Australia favour.