Despite being renowned as the chokers, Proteas are one of the best & strongest cricket team in the world. It’s conducted by Cricket South Africa (CSA). Cricket is very much popular game in this country. They are the first team to stand in top position of the ranking in all three format of cricket. South African cricket team has produced so many legends & exciting young cricketers over the last few years. South African Test & ODI captain AB De Villiers is considered one of the best batsman in the world right now.

Latest contract: CSA has announced the central contract list for national team cricketers for 2016. There were 3 categories in that list. 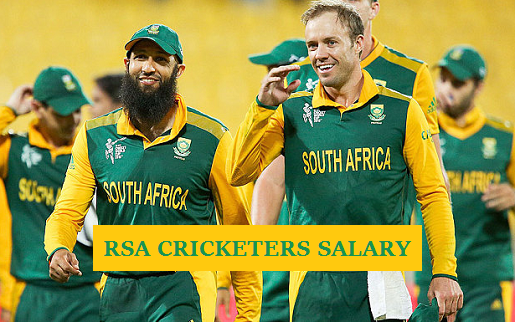 There were also some new faces & irregular cricketers of the squad, who has been handed the High Performance contract for their notable performances in the domestic tournaments & early years in the national team. The players like Temba Bavuma, Farhaan Behardien, Simon Harmer, Reeza Hendricks, Eddie Leie, Mangaliso Mosehle, Rilee Rossouw, Dane Piedt, Mthokozisi Shezi, Stiaan Van Zyl, Khaya Zondo & Beuran Hendricks were selected in this category. Players of this category are young guns & most of them have bright futures ahead of them.

Monthly Salary : CSA has announced the monthly salaries of the national team cricketers. The most valuable player of the country AB De Villiers earns around 140,000 ZAR (South African Rands) per month which are equal to 10,000 US Dollars.

IPL Contracts : Proteas are the best choice as foreign cricketer in IPL. Almost all the superstar cricketers of South Africa plays in Indian Premier League T20. They earn some healthy amount of money from their respective contracts.