Afghanistan is successfully qualified by winning their last matches against Zimbabwe. Once again the Afghan’s proof them as a specialist twenty20 cricket team. They won against Zimbabwe by 59 runs and scored 186 in total. First match of this fastest growing cricket nation will be held against the defending champion Sri Lanka those passed a bad experience in ACC Asia cup t20 2016. India’s most famous cricket ground Eden garden will host this match between Sri Lanka and Afghanistan.

Match between – Sri Lanka Vs Afghanistan

After finishing of the match, highlights video will be available here 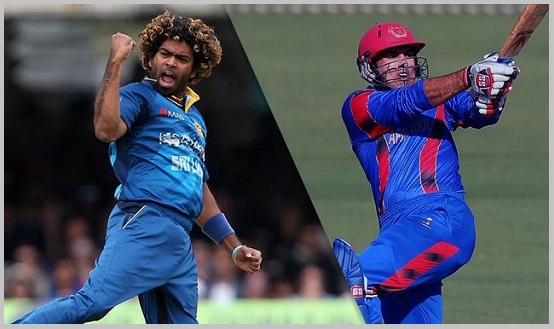 Though Afghanistan can’t play all format cricket yet but their twenty20 performance is extremely outstanding. Currently standing on 9th position in ICC world ranking. They scored huge amount of run in qualifier matches as well. Most important part of their team is, everyone of them contribute for the team and ultimately good result come on.

Cause of retirement of Kumar Sangakkara affect Sri Lankan national team a lot. Few months back, Lankan teams mentioned as the most leading t20 nation cause of their performance. But their performance in Asia cup was extremely poor. They can win only against United Arab Emirates. Rest of their games performance was not expected.

Past head to head of Afghanistan Vs Sri Lanka giving favour to Lankan team. But the captain Malinga is taking Afghanistan very seriously. Though the lions are big team but it’s twenty20 cricket where anything would be happen and if somehow loss this match, would go out from this biggest tournament. Still Chandimal, Dilshan, Malinga, Kulasekara is the dependence for this popular cricket nation.

Prediction of this match surely goes to Sri Lankan side but there have 40% chance to happen something uncertain into this game.