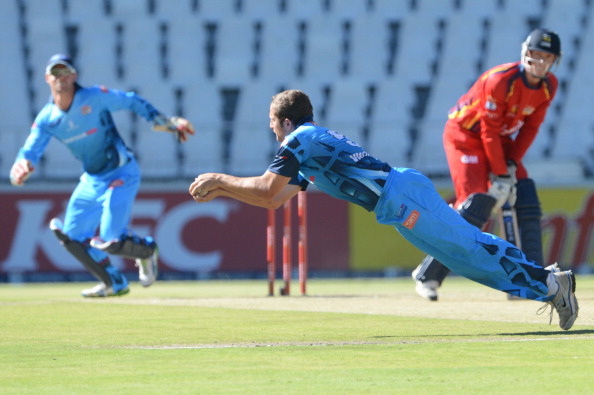 Match Between: Dolphins Vs Titans [T20 live streaming will be available on Sports Maza to free watch online]

Match Preview: Titans and Dolphins will play two match at group session. Both teams are strong team and they both have some star player. Two Caribbean player Darren Sammy (Titans) and Dwayne Bravo (Dolphins) leads both team. AB de Villiers is one of the dangerous batsman in world he will play in Titans. Recently Kevin Pietersen has confirmed to plying in Dolphins. So guys it’s saying so difficult which team will win. Guys stay with us for more update.