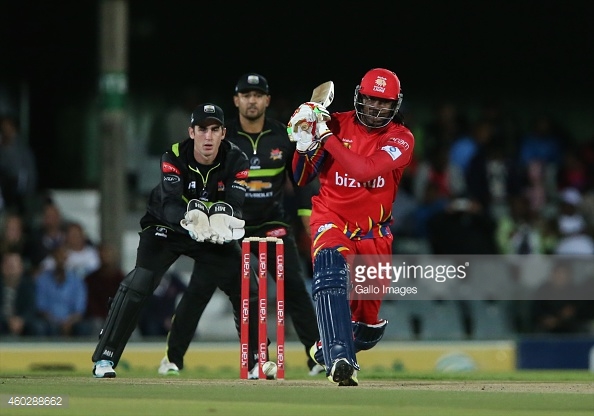 # Chris Gayle: The West Indies opening batsman Chris Gayle has capacity to do anything in his day. He is a all rounder player and his batting style is well known world wide. Chris Gayle is a left handed batsman and right handed spin blower. He will playing for Highveld Lion in this tournament. In last Ram Slam session he played three matches and scored 214 runs. his best score was 108. In Ram Slam 2015 he is one of the most dangerous player.

# Kevin Pietersen: After a long time Kevin Pietersen is come back his home. This year he decided he will play Ram Slam T20 2015 and he signed with Dolphins. This all-rounder of England is very excited for this tournament and he is also right handed batsman and right handed spinner. He said here he meet with many young player and he he will help them to build their career. KP is one of the most dangerous batsman in world and if he will playing his natural cricket, it will very difficult to stop him.

# Kieron Pollard: Kieron Pollard will play in this Ram Slam and he is one of the player of Cape Cobras. This West Indies all-rounder is most effective on his day. He is all-rounder, he is batting in right hand and blowing in right hand. He is also a medium fast blower and very dangerous batsman. In his t20 career he played 43 matches and gets 633 runs and 19 wickets. In last Ram Slam he stands on second position in the best player list.

# AB de Villiers: AB de Villiers is now one of the dangerous player in world wide and he is a true all-rounder. He is a batsman, wicket keeper also a medium fast blower. What a amazing player he is. He has ability to make change any match result. In this Ram Slam he will playing for Titans. The former one day captain of South Africa AB is a different to other and he is very much dangerous in his day.

# Andre Russell: Andre Russell is one of the all-rounder of West Indies and this Ram Slam he will be playing for Titans. He bats in right handed and bowel in also right hand. He is a fast blower and last in Ram Slam he got 8 wickets to playing 6 matches.

# Richard Levi: Richard Levi is one of the South African all-rounder. He will play for Cape Cobras in this tournament. This right handed batsman and medium fast blower played 13 international t20 match and scored 236 runs. Last Ram Slam he played 5 match and total scored 150 runs.

# Darren Sammy: Darren Sammy is the former t20 captain of West Indies team. He will play for Knights in this Ram Slam and he is one of the best all-rounder in world wide. He is also right handed batsman and also right arm medium fast blower.

# Dane Vilas: Dane Vilas is a wicket keeper of South Africa and his team is Cape Cobras in this Ram Slam. In previous session he was played in Highveld Lions in Ram Slam. He total played 78 T20 matches and earned 1594 runs. He is also a good wicket keeper.

They are the dangerous player in this Ram Slam and most of them are all-rounder. Here stands Chris Gayle and AB de Villiers. Here most if the player are most famous cricketer. Guys stay with us for Ram Slam T20 2015 news.