After finishing the first two Test Now the Pakistan and New Zealand team going to play the third test in December. This being a nice combat which reached in a pole position. The third Test will be very interesting. Sheikh Zayed Stadium, Abu Dhabi stadium will host the third match of the series. The match duration will five days that means it will be finished 9th December. Sky Sports, Willow TV, Fox Sports and many other sports network will cover the live game in world wide. New Zealand in a great form to tackle the third Test. The match also find in online here. Here the match detail given below. 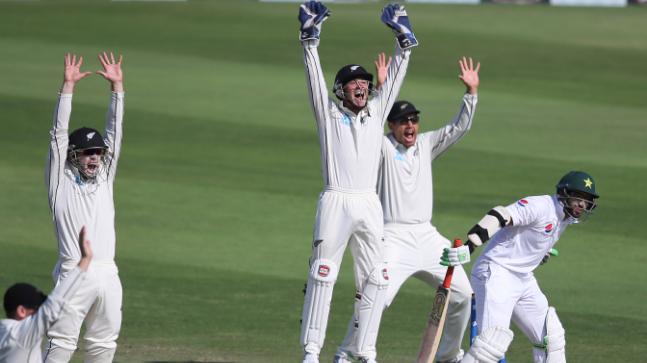 As same as Pakistan team holding the same squad in this game. The team performance going to great in this match as they not played well in the last matches. The captain Sarfraz Ahmed confident about the match. They want to grab the match any way. The team also holding MD Hafeez, Azhar Ali and Babar Azam in the team. Here the full team list in below along with the best XI.

New Zealand team also holding the same team squad as they were in the first and second Test. captain Kane not willing to give up hope. They also very confident to win the game. . Some strong and talent performer have the team as well as Mat Henry, Tim Southee and Ross Taylor Wagner.  Ther also presenting Trent Boult along with Colin de Grandhomme. Here the full team squad in below.