To meet his favourite icon is like a dream for the fans and when it become true, then it’s simply speechless. This kind of biggest surprise became memorable and no one can’t forget this day ever. You know who is the most popular celebrity around the world of this time being ? He is no one else, he is the Portuguese Real Madrid footballer Cristiano Ronaldo which mentioned as sports is the best section to become best of the best celebrity. There is no one else around the earth who know the name of Ronaldo & Messi but there have more celebrity, icon & famous person as well. Actually, we would like to indicate that sports players are the most popular celebrity among all others. 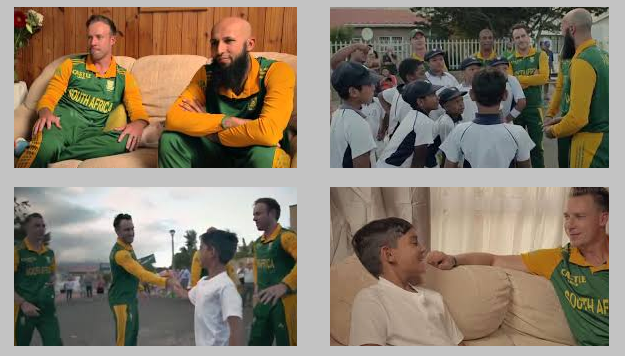 South African national cricket team (nick name – proteas) is one of the most leading and renowned team all over the world. Though still now the Proteas can’t win a world cup but their ICC ranking always in top. Most of twenty20 leagues first choice RSA cricketers to hire. If you ask someone or, to google about best and icon cricketers of this time being. Most of the answer will keep RSA’s hard-hitting batsman AB D Villiers, Opener Hasim Amla, fast bowler Dale Styne and so. Beside football, Cricket is the most popular sports in South Africa. Every child of them play cricket for the entertainment purpose as well. They also have more school and club to train up kids to become cricketer. 11 years old boy Kieron Adam is a captain of a under-13 team who is a medium fast bowler and middle order batsman. It was his dream to meet his favourite cricketer Hasim Amla. Some how proteas knew this eagerness of this kid and their most of the superstars started journey to reach Kieron’s home. Proteas reached to the house when he was out of home may be in school and took rest on their drawing-room. Just when Keiron enter into the room, he became surprised & speechless. How amazing ! AB D Villiers, Hamis Amla, Dale Styne, Du Plessis in there. He passed a couple of time with them and then join with other kids in ground to play a short peach match where two team captain was national team captain AB D and Under-13 team captain Keiron Adam. All the kids enjoyed this day so much as like a picnic program. After the day, media asked to Kieron about his feeling who replied the answer very emotionally and said that it was the best day of his hole life. Basically, it was not just to surprise the kids but inspire them to become good cricketer as well.

#2. Cristiano Ronaldo on a Madrid’s street 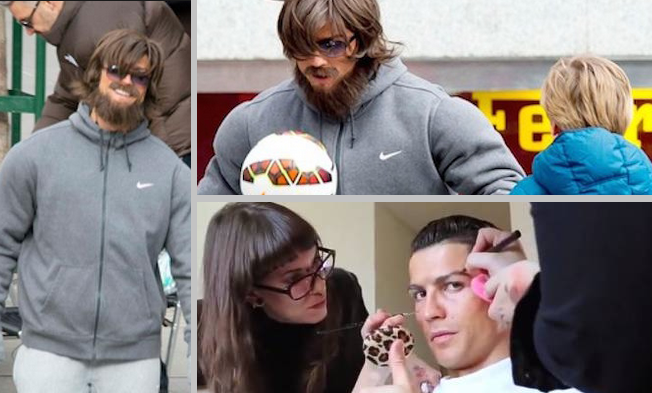 Who is the most popular footballer ? Who is world No. #1 celebrity ? Who have most follower in Facebook ? All answer will reply for Cristiano Ronaldo. Few months back, he planned to do something special and meet ordinary people just as a man. May be he was felling little bit bore to become a celebrity. Cristiano Ronaldo changed his get up and camouflage. He wore long false hair, beard & body pumped Slough, there is no chance to guess the real CR7. Simply came into the street with a ball, lovely dog & a bag, act like a beggar. Around 3 hours, he surprised people by amazing skills and into the last moment a child passed few moments with him. All in a sudden, he put off false hair & beard, give the ball to the child which his signature. People beside him come into the point and crowded. But this time, security forces surround him and looking forward seat into his car. 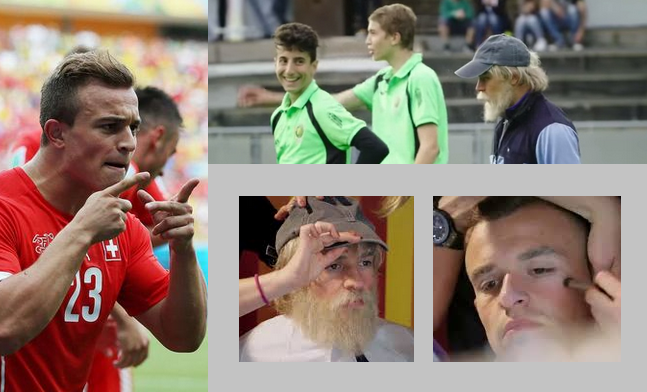 It was happen when Swiss national team footballer Xherdan Shaqiri played around 40+ matches for Switzerland. After passing a good career in FC Basel & Bayern Munich, joined in Italian leading club Inter Milan. He disguised by wearing white hair, beard & a cap which looked him like a legendary old man, makeup was extremely marvelous. Came in SC Kriens training camp when young footballers were doing practice. He talked with their coach and act like a mad. Tried to participate with the boys and his skill simply shocked them. He scored goal by free-kick, penalty shootout & dribbling as well. After scoring last goal act to celebrate it and put off false hair & beard. Every boys became surprise and hug him affectionately. 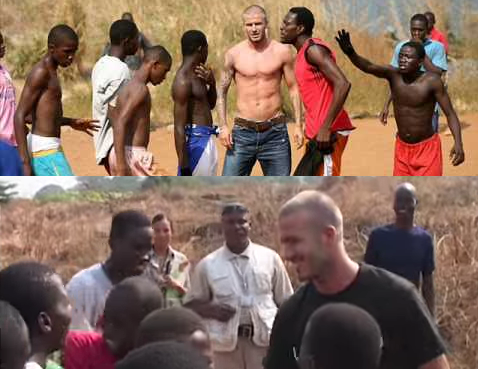 English play maker David Beckham was the No. #1 Superstar of his time. He passed a legendary career in England National team & Spanish club Real Madrid. Still now he is the most richest soccer play. Beside playing football, tried to worked UNICEF as well as a social worker. This is not his only visit but toured in lot of countries club & school to spend few good moments with the ordinary people. In the year 2013, this English icon visited Sierra Leone rural area and go to in a spot where young boys were playing football. Just after entering into the field all of them were surprisingly look at him. One of them came forward and shake hand with him. The situation was like a dream and just after overwhelm, everyone came in and touch Beckham’s baldness head affectionately. Beckham also play with them for half an hour and leave the spot after exchange greetings. 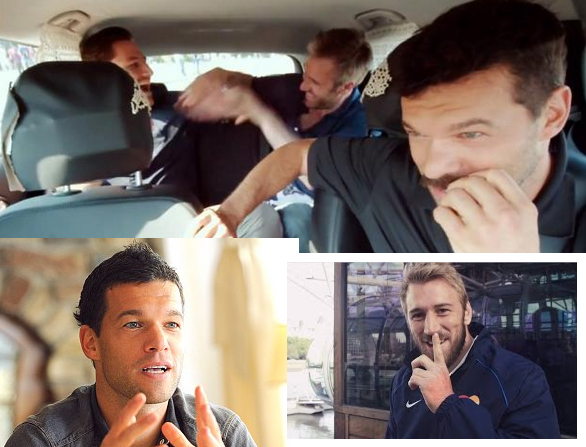 German former captain who passed a good career on Bayern Munich & Chelsea Michael Ballack got married just before the day of UEFA Champions League Final 2015 which was a match between Juventus and Barcelona. World wide payment method Master card planned to make this occasion. The fan was the friend of a Michael Ballack’s friend. Michael take the role as a taxi driver with disguised. Also made joke into the journey by slow driving & stop the car. As the match starting shortly, the man was little bit bored to Michael. When they reached to the stadium, radio announced this news that Ballack going to wonder one of his big supporter. This time this German superstar put off his disguise and hug with the man. It was a priceless effort where a fan meet to his icon.

It was just another program of Master Card. Young generation little bit well-known about Lothar Matthaus who is the former captain of West Germany and whose leadership German’s won their 3rd FIFA world cup in the year 1990. 48 years old man Uwe Bindel is a die-hard fan of Bayern Munich. He is crazy about the team Der FCB and watch every matches of them live in stadium. His home is fully decorated with Bayern’s image, kits, sculpture, ticket, show peach etc. If you are also Bayern Munich fan, may be saw him in audience gallery. To surprise him and inspire his effort, German living legend came to him which bound him to cry for gladness.