World Cup E group match between Costa Rica vs Serbia one of the beautiful combat of the competition. Actually the game really awesome as they able to fight the different corner of the world. As well as the Costa Rica belong to South American region on the other side Serbia comes from Eastern Europe. And the fight between them really eye-catching part of the tournament. The Serbian football team showed an impressive performance in the qualifying round by fighting with the strongest group of Austria, Wales and Republic of Ireland. Costa Rica, also very good team of the championship. 2014 Brazil World Cup they finished the competition in last eight so far. They are determinate to do the same short in Russia tournament. However the event live show on BBC network along with some other operator as well as Sony tv network, ITV, etc. Samara Arena will be hosted the game on it’s yard on 17th June, Monday. Here the match detail.

Match between: Costa Rica vs Serbia 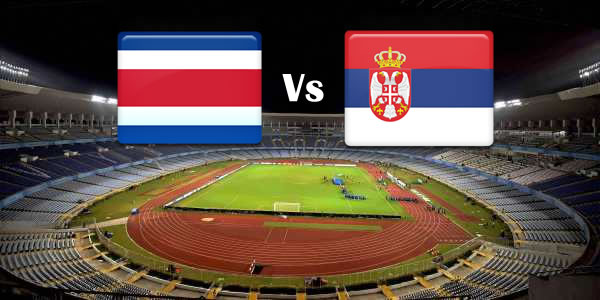 They have no head to head record.

Serbia undoubtedly a strong team so far. Most of the player of their team played for club side. They having great experience. Especially the key players like Aleksandar Kolarov, Sergej Milinkovic-Savic and Nemanja Matic are so much talented. Except them the young heros.

Serbia last matches result was so nice. They lost only one match out of five match. On the other hand Costa Rica also good but the record shows that Serbia became the favorite of the match. They won only one match of their last five matches.