Associazione Calcio Milan is known as A.C Milan also a biggest club in Italy. This club was founded in 1899 and it is now also a successful club in Italy. This club has eighteen officially tittle of UEFA and FIFA and it is also the second most successful club in world who has most tittle. A.C Milan won many league cup and it also won the Champions League in seven session. Different countries player are playing here and we make here a yearly salary list of them. Let’s to see the yearly salary list of A.C Milan players. 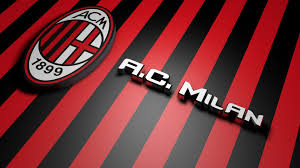 A.C Milan is one of the richest club of Italy and it also playing now in “Serie A”. This club total worth is £192.85 Million it also bought new player in transfer session. Jeremy Menez and Carlos Bacca also signed £6.43 Million contract in median contact.