AC Milan or simply Milan is a professional football club which is currently standing on 6th position according to the point table of Italian top professional football league Serie A which is also considered world’s fourth most popular league tournament nowadays. Founding in 13th December, 1899, The Devil is one of the most successful club not only in the Italy but also all over the world. They have won many titles like Champions League seven times, UEFA Super Cup five times and so on. The Red and Blacks is now 3rd most supported club in Italy as well as 7th most supported club in Europe. They have considered Inter as their first rival. 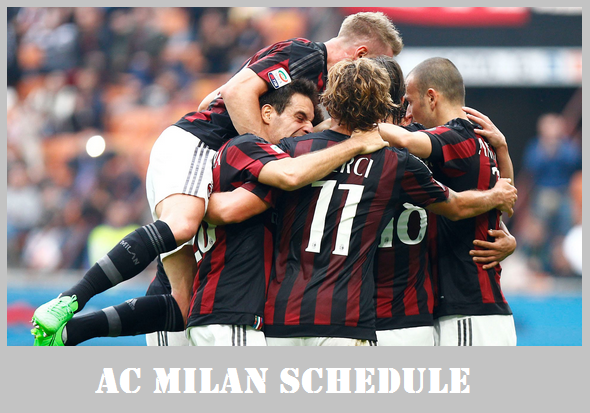 At the end of 2015/16 season in Serie A which usually runs from August to May in every year, the Devil will have to take preparation to compete in next season of Serie A. In the meantime, they will play three pre season tour matches like previous season. This matches will take place in North America against Bayern Munich, Liverpool and Chelsea. Here we provide pre season tour schedules of the Devil which is listed below.

# Pre Season Tour of The Red and Blacks (Last Year):

Though, the current performance of the The Red and Blacks is not good enough. According to their last five matches result, they lost two, drawn two and won rest one against Sampdoria. So, through the pre season matches, the Devil wants to come back strongly in next Serie A season. They will not take this matches so lightly. They will fight to the last. So, hopefully their pre season tour matches will be high voltage.