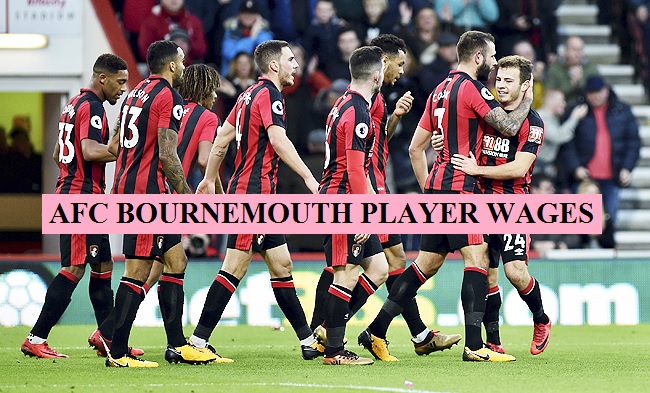 AFC Bournemouth who have also nicknames The Cherries, full of young talents. This season they trying to elected the best roster for the club. The manager Eddie Howe who earns £750,000 of annual salary going to set some big name in the side. In the year 2016 he chose some interesting athletes.

His big signing was Arsenal midfielder Jack Wilshere. In that time many think the deal would be full of lose as the player was injury. But a few days later the deal proved profitable. The another big sign was winger Jordan Ibe who come from Liverpool. He was counted as the record signing of £15.3 million. In the same year the coach made some more deal here these are.

On the season the team signed total nine footballers where they spent on transfer fee of £65.5million. Here the few names in below

In the next season they hired three new players where they spent £30.75 million for the transfer fee. The first one was £20.5 million record signing.  And the second was Asmir Begovic with the transfer fee of £10.25 million. Here the list of them.

This going to be the third season of the team. This season they upgraded their budget. The fellow season they spent quite good but this season the agree to pay a good amount of money to bring the guy. They also agreed to pay a better salary to their roster. In the season 2018/19 the total expenditure of the 12 forward is £13,024,000. In the full season they will be paid this amount. The midfielder will be paid of annual salary total £12,220,000. The defenders are total paid of £11,856,000 annually. £5,356,000 amount set for goalkeepers salary so far. In this season their budget for the players salary total of £42,456,000. Here the list of them.

The biggest sign of the year is Eddie Howe. His salary will be high as Jermain Defoe. The fee for the transfer deal set as £19.5million.

England forward joined the side with three years deal. He is weekly paid £103,462. He become the most earner footballer of the side.

Asmir Begovic the another much earner of the team. His weekly wages £70,000. The English defender played very solid and his defense is very tight to break. The annual base salary of the goalkeeper is more than £3,640,000.
Joshua King became the most earner of the side. His weekly salary accused as of £45,000. The English forward just outstanding plays. He will be linked with the side till June, 2021.

If we notice the table it seemed clearly that the salary which they pay to their roster not so rich. The financial condition is not so good of the club. From  a long time they have face the problem pf fund.

The lowest paid athletes is Aaron Ramsdale who got £3,000 per week. His contract will be ended in 2021 so far. But they trying to upgrade the base salary in the upcoming season. They are trying to escape massive sign in this season and for that they have to pay rich amount of salary. And to acquire that they need to establish a strong fund to pay they.

AFC BOURNEMOUTH is now more financial secure as they were in the past. In a recent time they revealed their economic condition. In a statement the chief executive accused that they have increased their profit along with turnover. That means not they did not pay they players as well. They have made this profit to pay the staff 20% growth amount.

Their profit after paying tax was £14 million which is comparatively more than £3.4 million from the previous season. The source of their earning is mostly comes from the broadcaster and sponsorship so far. As they earned much they trying to pay the players as much as possible.

Last season Player registration cost was  additions £69.8 million. This season the cost increased by £9.3 million. So it is clear how they upgrade the budget for the players shake.

Not only for players shake, they also spending to their other staff. Last season the Staff costs was £59.6 million 2016 and this season it upgraded into £71.5 million. It is really nice to the club. They need to be set up a healthy financial condition then the playing side automatically changed so far.