African Cup of Nations which is also known as AFCON is Africa based football competition which usually held every after two years since 1968 though the inaugural season of AFCON was 1957 where Egypt was the first champion. The first tournament was competed among only three participants named Sudan, Egypt and Ethiopia. And currently almost sixteen participants are competing. This tournament is also called CAN officially. 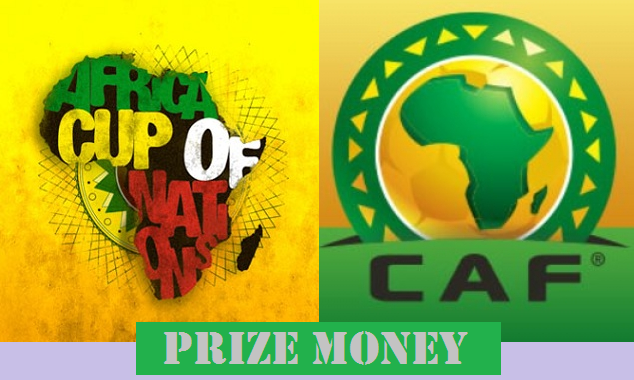 Among all participants in AFCON, Egypt is the most successful team where they won highest seven titles. Cameroon and Ghana are in 2nd position where each of them won four titles. And also Nigeria is in 3rd position by winning trophy three times. Total thirty (30) titles won by 14 different nations and the current champion is Ivory Coast which is their 2nd title.

Today we talk about the prize money of upcoming African Cup of Nations 2017. Like before, next year also, the winning team along with runner up, semi finalists will also get huge amount of money. Let’s take a look below where prize money list of upcoming CAN 2017 is given.

Above listed prize money is based on last season of AFCON. Hopefully next season it will increase somewhat. The winner team will get US $1.5 million where runner up will claim US $1 million. Actually this will be poor amount if we compare with FIFA World Cup Prize money. Winner of FIFA World Cup in 2014 Germany received US $35 million. According to previous prize money statistics of AFCON, they spent total only US $10 million in last season. The quarter finalists were get only US $600,000. It should increase next time.

The next edition of African Cup of Nations 2017 is already scheduled to be placed in next 14th January, 2017 to 5th February, 2017. It will be the 31st version of AFCON which will be also known CAN 2017 or AFCON 2017. This edition is going to be the part of 60th anniversary of AFCON. This time it will be hosted in Gabon. The champion of this upcoming edition of CAN will qualify for FIFA Confederations Cup 2017 which be hosted in Russia.

Host nation of this tournament will qualify automatically for the main event where rest fifteen (15) teams will have to pass qualification tournament. At the main event, total sixteen participants will be divided into four groups where four teams in each. They will play against each other according to single round robin formation. From there, two teams from each group will qualify for next quarter final round. This time, Gabon is qualify automatically as a host nation and placed in group A. The rest of the teams list is not announced yet.