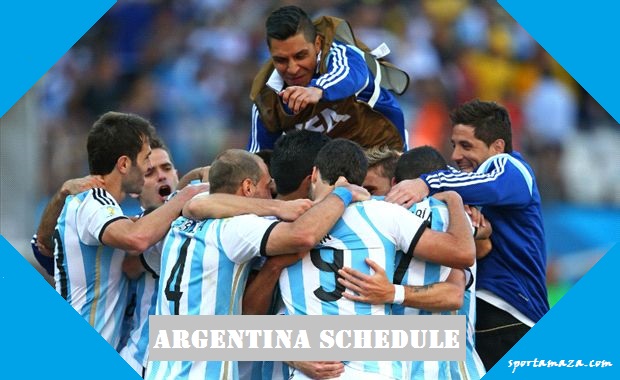 If Argentina able to won Copa America 2020, Copa America 2015 & Centenario 2016, there is no doubt that Argentina is one of the top level football nation of this time being. Though after losing into the final in three straight tournament, still Argentina standing on top in world ranking. Before the WC in Russia 2018, the sky jersey’s will play couple of qualifier matches in South America region. 5 among 10 will be qualifier from this zone where four of them directly join in World cup but one of them need to play playoff matches. Right now the team of Edgardo Bauza standing on 5th position in standing table of qualifying competition.

More matches of this competition waiting for the 2 times world cup winner but need to achieve win this time to make sure their journey to Russia. Good news is, Lionel Messi back into the squad after injury in November.

In next 2 year, the national team of Lionel Messi will play a couple of FIFA world cup 2018 Russia Qualifier matches, South American biggest event Copa America on it’s Centennial event in USA, Rio Olympic 2016 etc. To win a title is become the basic need of this historic football nation of South America. Copa America Centenario & Rio Olympic would be another great chance to them to dispel their bad luck on 2014 WC & 2015 CA. On the other hand, Argentina in big trouble in FIFA world cup 2018 Qualifier. Only few of matches left and their current position in point table is No. #6. You know that 4 – 5 teams will join in Russia WC from South America where 5th nation need to play playoffs round with others continent teams to qualify. Right now the basic need of Argentine to ensure the qualification in this Road to Russia international matches.

Only the win against Colombia keep ahead them in point table and still having opportunity to come back into the competition. Losing against Ecuador by 2 – 0 and draw against Paraguay by 0 – 0 were the poor performance by this 2 times WC champion. Though they missed their true legend and best footballer of this time being Lionel Messi into the last match against Colombia but this win made them more confident.

Though club football is becoming more popular day by day but still people eagerly wait to watch their favourite national team match. As Argentina is one of the huge popular soccer team around the world, football enthusiasts and their fans want to enjoy their team matches.