Basically, from the foundation of Arsenal FC in 1886, their home kit was bright red combining with white sleeves and white shorts. For long time it was not changed. But in 1933 the white sleeves of the kit was replaced by the red color. But it was not lasting too long. After few seasons later the red and white combination of the shirt had returned.

Arsenal’s away jersey colors were white with black or white short for many years. First, 1969-70 season, team Arsenal had revealed their new yellow away jersey along with blue shorts. But in 1994, when Nike was starting to manufacture their kit, their away color was changed into blue shirt with same color shorts. From then, their away and third jersey had changed regularly every year. Now a days, their new home, away, third and obviously training kit in the season of 2016/17 has leaked recently. Let’s see their details below.
# Home: In the season of 2019/20, the new home kit of Arsenal is based on red color with white sleeves. A dark red stripe is on the shirt from top to bottom. Once again Puma manufacture the Arsenal’s new home kit and their logo placed on the right chest of the kit. White colored Fly Emirates Logo placed on the below chest of the kit where Fly Emirates sponsors of the jersey in this season. With white short, Arsenal’s new kit will be more traditional. 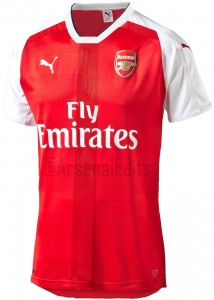 # Away: Manufactured by Puma, Arsenal’s new away shirt is full of yellow with grey branding. Puma logo tagged on the right chest of the jersey where sponsored company Fly Emirates branding their name on the below chest. The shirt collar is grey with grey stripe on the shoulder to sleeves in the both sides of the shirt. Including grey shorts and yellow socks, the Arsenal’s new away kit is amazing. The team logo is placed on the left side of the chest. 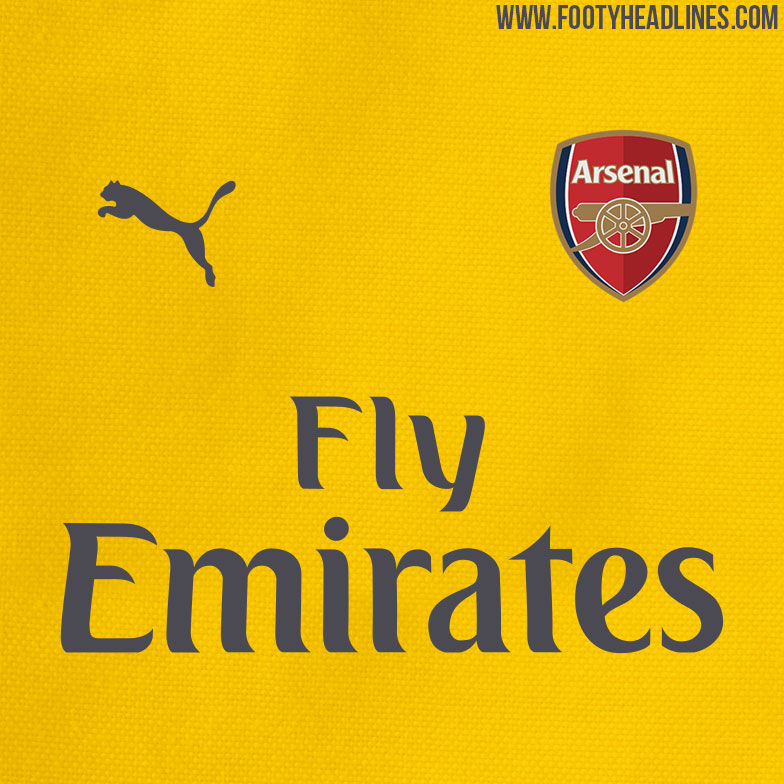 # Third: The third jersey of Arsenal in 2019/20 has revealed recently which is mostly dark grey with fluorescent yellow. The yellow logo of Puma is placed on the right side of the chest and sponsoring company Fly Emirates text their name with white color on the below of the chest. Combining with dark grey color shorts and also same color socks, their new third kit is completely different. 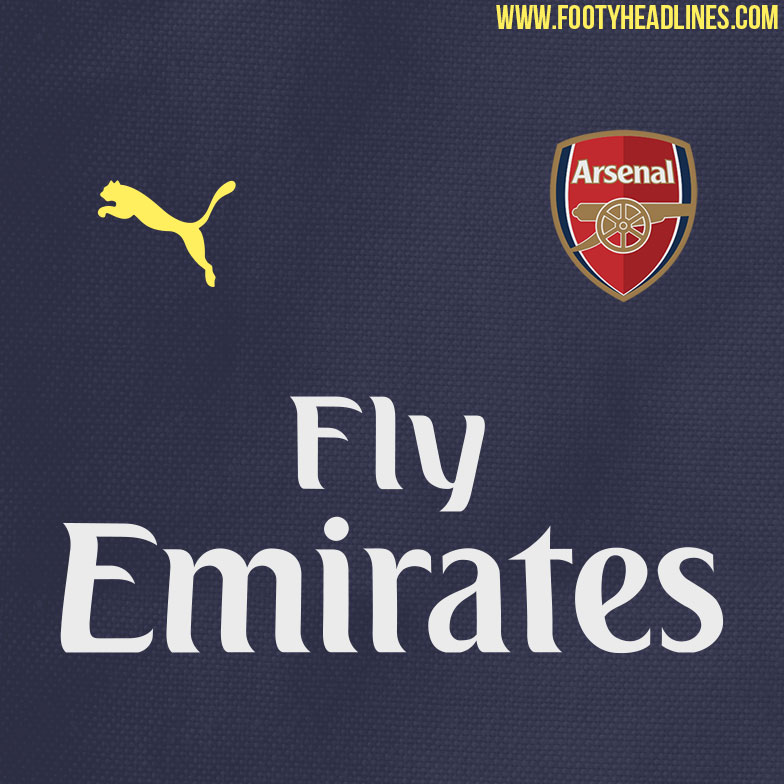 # Training: Recently leaked of Arsenal training shirt which is full of dark navy with fluorescent and a bold yellow stripe goes down from the top to bottom in the middle of the shirt. Their new training kit is round neck which is manufactured by Puma this time and team logo is on the left side of the kit. 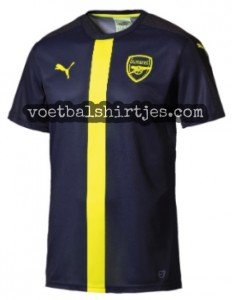 Sponsor List of The Jersey: Nowadays, Emirates has become the sponsor of the kit. Fly Emirates working with Arsenal since 2006. Let’s take a look below where the sponsor list is given.

Manufacturer List of The Shirt: Puma is manufacturing team Arsenal’s shirt since 2014. Previous manufacturers list is given below.

Special thanks goes to Footy Headlines for revealing this kits. Stay with us for more update.