Atletico Madrid bought couple of professional and in form footballer in last season 2015-16 including Filipe Luis, Fernando Torres & Yannick Ferreira-Carrasco those are contributing a lot for the team. They also left Arda Turan, Toby Alderweireld and couple of professionals. Basically, this leading club of Spain don’t make more change into their team squad though they have enough money to hire superstars. Argentine Manager of the Mattressers Diego Simeone also following the old strategy of this club. This just another popular club of Madrid don’t believe in one man football but believe in team spirit and combination.

This club is one of the richest club of Spain and it also gives a handsome salary to it’s player. Currently ATM paying highest amount of wage bills to Spanish national team midfielder Jorge Resurreccion Merodio who is known Koke. Total yearly salary without bonus of this play maker of the Mattressers is £10,000,000 a year. French attacking midfielder receiving £112,179 per week which becoming £5,833,333 per year. Most renowned defender of this time being Diego Godin getting £7,500,000 in every year. Before starting of the next season, salary of every footballers increase a little bit on the basis of their experience, contribution & skill. 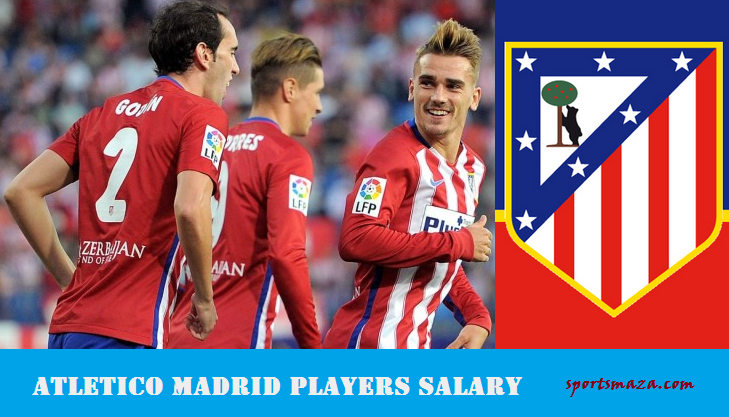 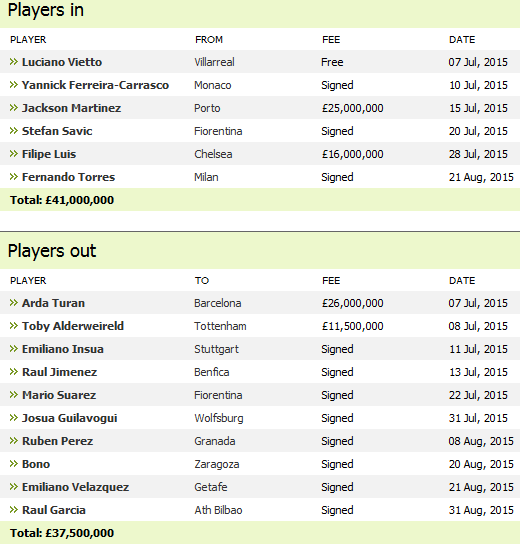 ATM is one of the biggest club of Spain and this club is playing now in La Liga which is one of the successful club of Spain with Barcelona and Real Madrid. This team played many professional tournament and it ended some tournament very successfully. The red & white won LA Liga ten times and it also won Copa del Ray ten times. Many famous and successful player was played in this club and also now playing many star player.